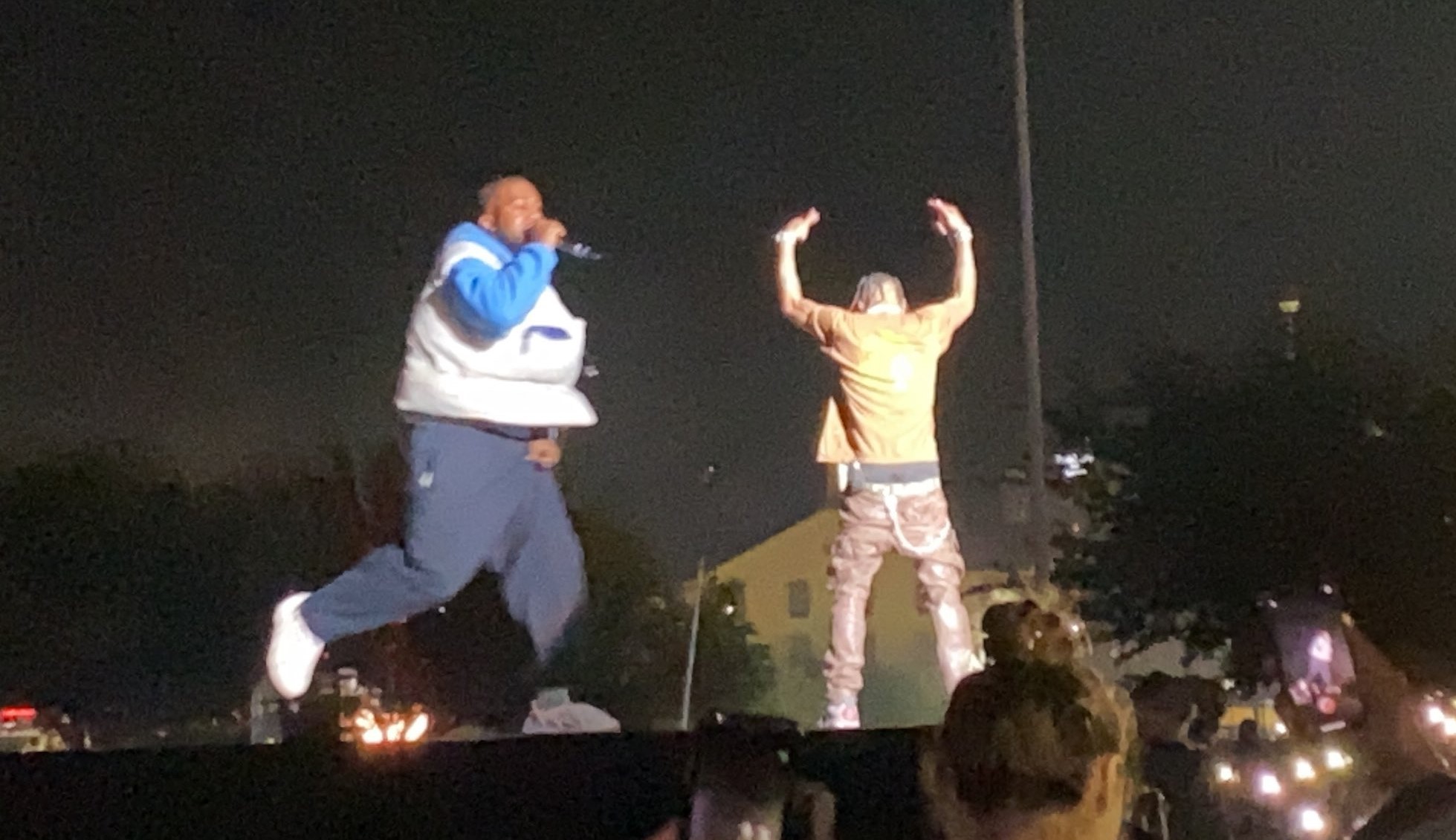 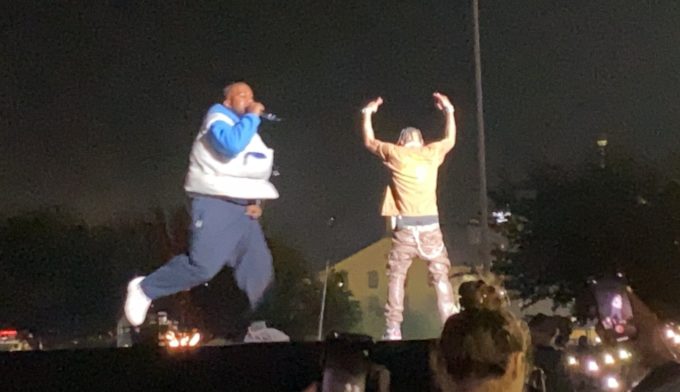 Travis Scott played his second annual Astroworld Festival in Houston this weekend which was sold off on 50,000 tickets before the lineup was even announced. This year’s line-up includes Marilyn Manson, Pharrell, Megan Thee Stallion, Young Thug and more.

But Travis had a special surprise planned for the audience who came to support their favorite artist. The Houston superstar brought out his once mentor Kanye West to the stage, who performed his latest single ‘Follow God’ (watch the music video here) as well as the classic song ‘Can’t Tell Me Nothin’. Watch the footage below.

However, the more important moment came when Travis Scott and Kanye were seen hugging it out on stage post ‘Ye’s appearance. The truly emotional scene was caught on camera by fans. If you remember, Kanye and Kylie’s partner had a bit of a rough time after the former dissed Travis for doing a song with Drake. “F&ck that sickomode song,” he tweeted last December. “Family first and always.”

In a truly emotional moment, #TravisScott brought out #KanyeWest at Astroworld fest and hugged it out 💜 ‘Ye performed ‘Follow God’ and ‘Can’t Tell Me Nothin’ (🎥: cruz_views)

After fans on social media went crazy talking about the rift, Kylie had attempted to clear up the rumors, saying that they all had moved on from the drama.

he’s not being petty. this is a sweatshirt design (the sock is apart of the design). everyone is good, moved on, living life. for anyone who wasn’t aware – travis has had a deal w Nike and still does. point is.. it’s all been talked out. It’s only positive energy. ♥️ https://t.co/E5eZHXjvvg