Andre 3000 Says He Hasn’t Been Making Much Music: “My confidence is not there” 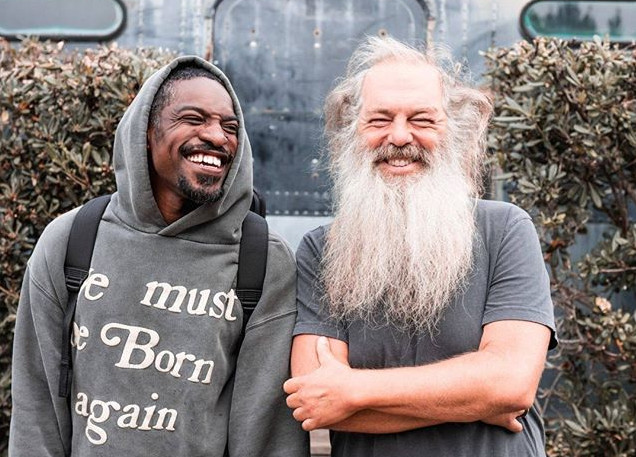 Ever since a photo of Rick Rubin and Andre 3000 posing together came out this past weekend, fans have been looking forward to hearing what they have been cooking up. A lot of us were hoping it would be an interview since Andre rarely gives one, which was confirmed on Monday.

The full chat has been unveiled today via the Broken Record podcast and during the chat, 3 Stacks talks about the glorious times with Outkast where they achieved tremendous success. He talks about his and Big Boi’s unique sound, how them making a huge mark in the era of East Coast and West Coast dominance was so significant, the origins of the Dungeon family, and more.

The elusive artist was also asked by Rubin where he stands with making new music these days. It’s not surprising that 3 Stacks says he just hasn’t been making much of it.

“What’s your process like making music these days,” Rick Rubin asks the rapper-singer. “I haven’t been making much music man. My focus is not there, my confidence is not there. I tinker.. I tinker a lot,” an honest Andre 3000 says. “Like I would just go to my piano and just sit my iPhone down and record what I’m doing. Move my fingers around. I haven’t been motivated enough to make a serious project. I’d like to.. but it’s just not coming,” he continues.

Listen to the relevant clip above and the full chat below or on this link. Following that, he talks about how he’s been frustrated with not being excited about creating new music ideas anymore, artists using drugs to numb pain and related topics.

In the past few months, 3 Stacks, born André Lauren Benjamin, has been spotted around Los Angeles and New York City playing his Mayan double flute and taking photos with fans.

Wasn't tripping. It's him. 3 Stacks in the flesh. And his flute game is A-1. pic.twitter.com/xbQTqjsJiC