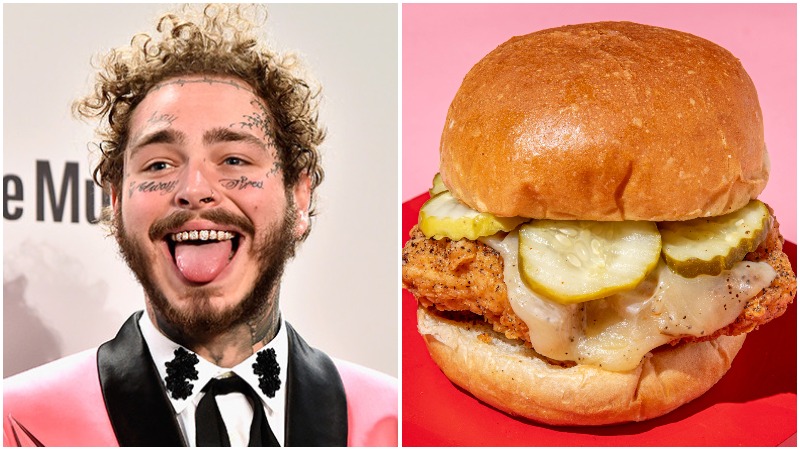 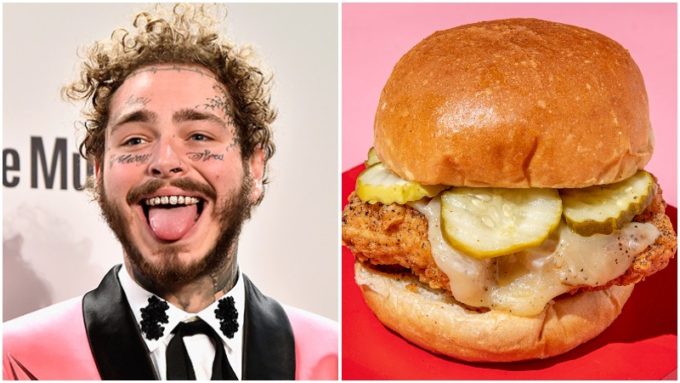 The fried chicken sandwich wars are far from over as music stars have now started getting involved in the competition.

The latest is Post Malone who has partnered with Howlin Ray’s for his own sandwich named Ghost Malone. The superstar was a fan of the fried chicken joint in L.A.’s Chinatown so it made all the sense for him to do the collaboration. The sandwich contains chicken, pickles, and ghost pepper-jack cheese. It is supposedly three times as hot as Habanero peppers. Here’s the menu:

– Note: the ghost Malone set is served country style, no need to choose a heat level

The limited edition menu can only be ordered for delivery on Postmates and will run from Dec. 12 to 14 in L.A. area. “I tend to only collab with brands and companies that I actually enjoy, like Postmates and Howlin Ray’s,” said Post Malone. “I’ve been eating Howlin Ray’s since I came to LA in 2015 and they’ve been supporting me as far back as I can remember. When we first started talking about my own sandwich, I couldn’t believe it and the name just came to me right away.”

“We’ve been down with Popeyes from the beginning,” Quav said, “so when Uber Eats and Popeyes hooked us up with our own menu, it was a no brainer.”