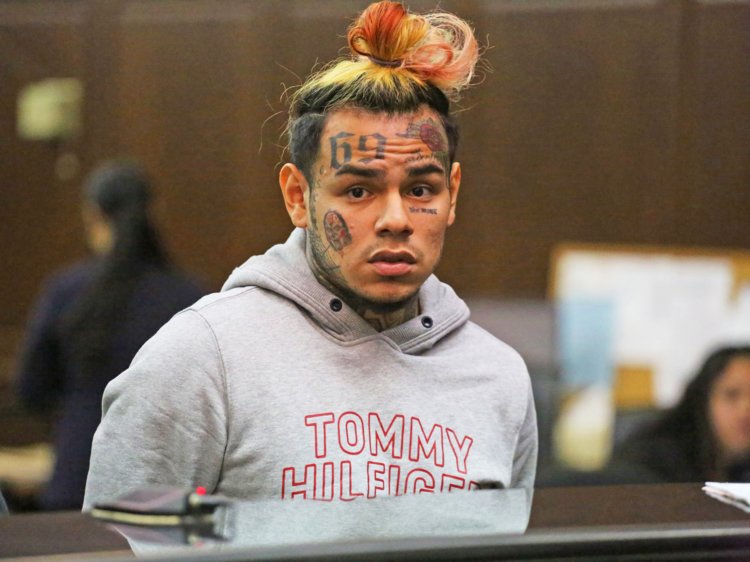 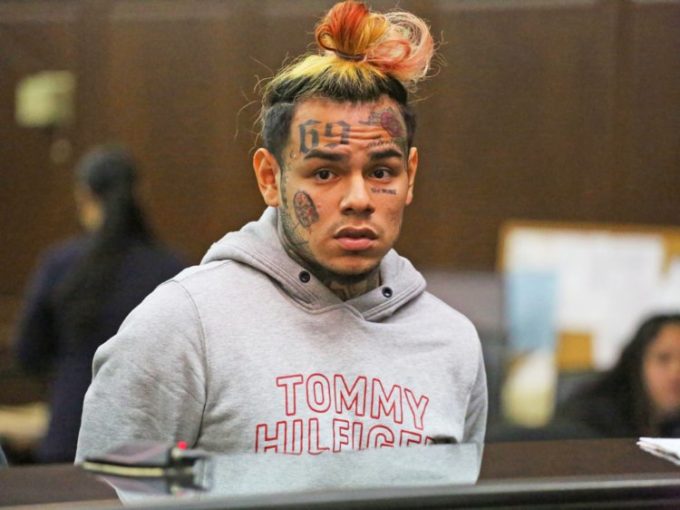 In anticipation of his sentencing on Dec. 18th, Tekashi 6ix9ine has written a letter to the judge, asking for a “second chance.”

The rapper, real name Daniel Hernandez, is set to be sentenced next Wednesday in New York for drugs and racketeering charges where he is facing up to 47 years. He told Judge Paul Engelmayer that he was ‘becoming more and more overwhelmed’ as the date approached. “I find it difficult to find the right words to express what my life has been like for the last year,” the rapper said in his letter to the court, a copy of which can be found below courtesy TMZ. “It honestly feels like my world is crashing down.” 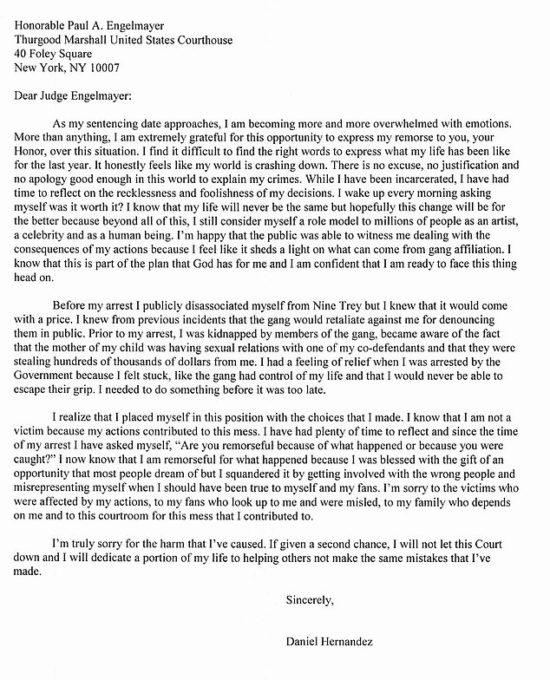 Tekashi and his lawyers are arguing in the case that the “FEFE” hitmaker should be given a light sentence since he cooperated with the authorities against his former Nine Trey Bloods associates. The Hip-Hop community has since ridiculed the rapper as a “snitch.”

“I’m sorry to the victims who were affected by my actions, to my fans who look up to me and were misled, to my family who depends on me and to this courtroom for this mess that I contributed to.. I’m truly sorry for the harm that I’ve caused. If given a second chance, I will not let this Court down and I will dedicate a portion of my life to helping others not make the same mistakes that I’ve made,” he further states in the letter.

Tekashi says that while in jail, he has been reflecting on his actions which led to this mess. ““There is no excuse, no justification and no apology good enough in this world to explain my crimes,” Hernandez also wrote. “While I have been incarcerated, I have had time to reflect on the recklessness and foolishness of my decisions. I wake up every morning asking myself was it worth it?”

Previously, Tekashi told the court that he will not accept witness protection as he plans to hire personal security to protect him instead.