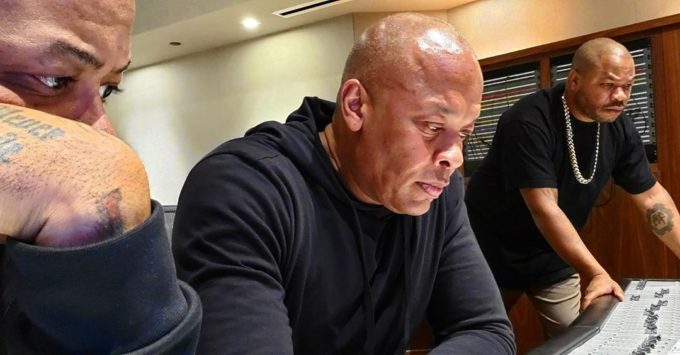 Xzibit is surely cooking something new with Dr. Dre.

Over the past couple of months, the Detroit rapper has posted a few photos of himself in the studio with Dre but hasn’t really spoken about what they are working on. But on Wednesday, he made it clear that something is coming for sure. “You have no idea wtf we about to drop like a atom bomb on you.com #Powerful #Actions no statement needed,” he wrote in the caption while sharing a picture in the studio with Dre and Aftermath affiliated producer, Focus…

@focus3dots @drdre @xzibit you have no idea wtf we about to drop like a atom bomb on you.com #Powerful #Actions no statement needed. #Ilikethatyouthinkyourewinning

Xzibit and Dre have had a close relationship despite the fact he wasn’t signed to Aftermath or Interscope. Dr. Dre executive produced two of his best albums: 2000’s Restless and 2002’s Man Vs. Machine. We aren’t quite sure what these two are planning to release this time around but we will be on the lookout. Xzibit’s last album Napalm was released back in 2012 and failed commercially.