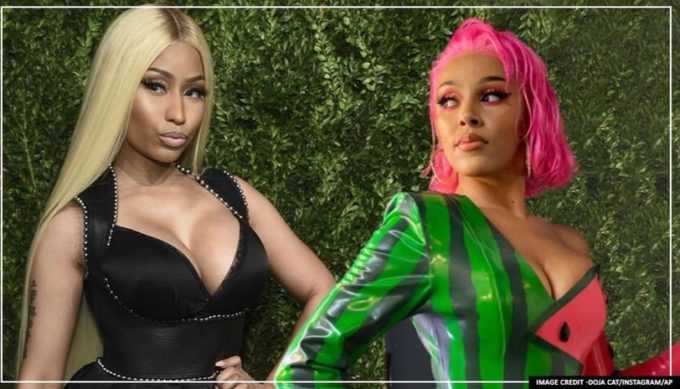 The fight between Megan The Stallion’s ‘Savage’ and Doja Cat’s ‘Say So’ for the number 1 spot on the Billboard Hot 100 was very hotly contested. In the end, Doja and Nicki have taken the honor.

For the past few days, fans of respective artists have been campaigning for their favorite to win the coveted position on the chart. Especially since Megan recruited Beyonce on the remix of her song while Doja enlisted Nicki Minaj on the new version of ‘Say So’. It’s been a while since four ladies have competed for the #1 on the Hot 100 chart so it was definitely an exciting match.

With this, both Doja and Nicki have earned their very first number 1 on the Billboard Hot 100. Megan’s song comes in at #2, an improvement of 2 spots from last week’s position. Congrats to the ladies!