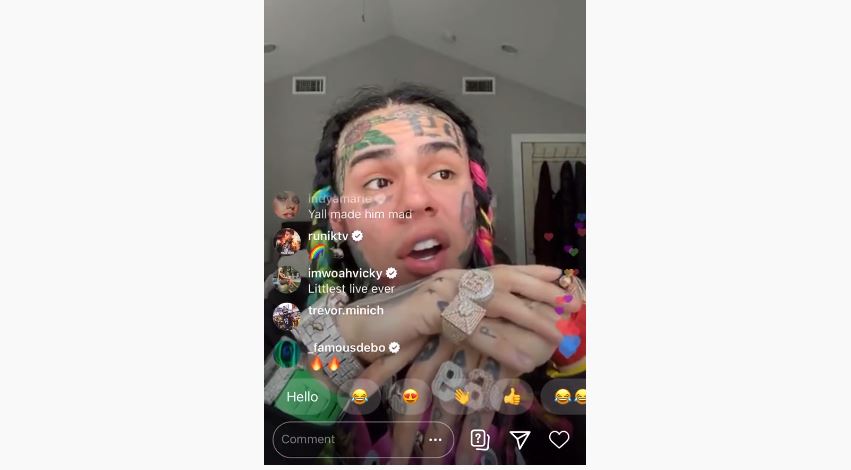 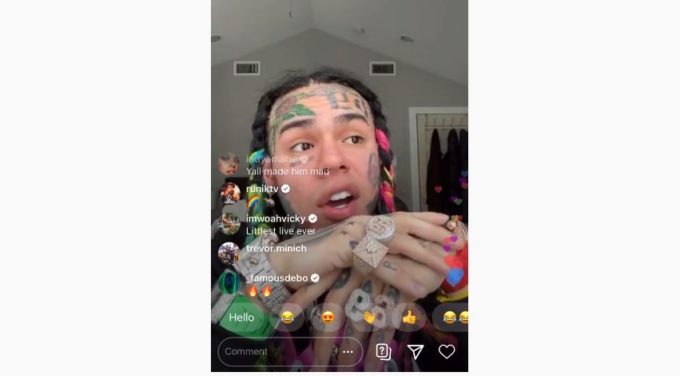 Tekashi 6ix9ine is back with a bang, that’s the best way to put it. The controversial rapper has returned with a new single ‘GOOBA‘ along with an accompanying video which has already racked up half a million views.

Tekashi also went live on Instagram as promised where a whopping 2 million viewers tuned in to see him for the first time since being released from jail. He was released early due to coronavirus scare and because he had “snitched” for a shorter sentence, earning sympathy of the judge in the case.

During the live session, Tekashi addressed being labeled as a snitch by folks after testifying against members of the Nine Trey Gangsta Bloods during his trial for the racketeering and firearm case last year. “Y’all could never cooperate with the government and come back. Y’all could never do that. I’m a living legend at the age of 24 years old,” he said.

69 also apologized to his family and friends for putting them in danger throughout his adventurous gang activities. Watch the entire 10 minute session above.