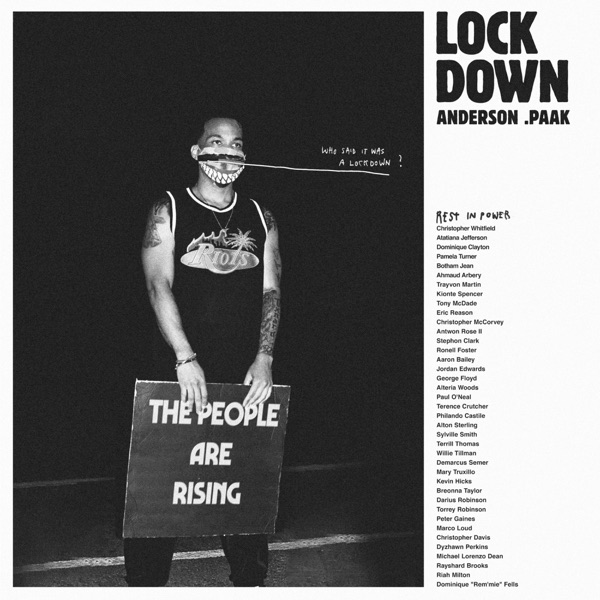 UPDATE: Here’s the music video which now features a surprise appearance from Jay Rock, who delivers a guest verse.

For the past few days, Anderson .Paak has been teasing his new single ‘Lockdown’ on social media.

The rapper-singer has been quite active in taking part in protests around the L.A. area with some of his friends from the industry. You will notice that he thanks people including Jay Rock, Dumbfounded, SiR, Dr. Dre and more in the alternate artwork posted below.

.Paak has shared the timely song today where he raps about the ongoing pandemic, the protests and Police brutalities while naming some of the victims on the main artwork. “We was tryin’ to protest, then the fires broke out / Look out for the secret agents, they be planted in the crowd / Said, “It’s civil unrest,” but you sleep so sound / Like you don’t hear the screams when we catchin’ beatdowns,” he raps over a groovy instrumental. 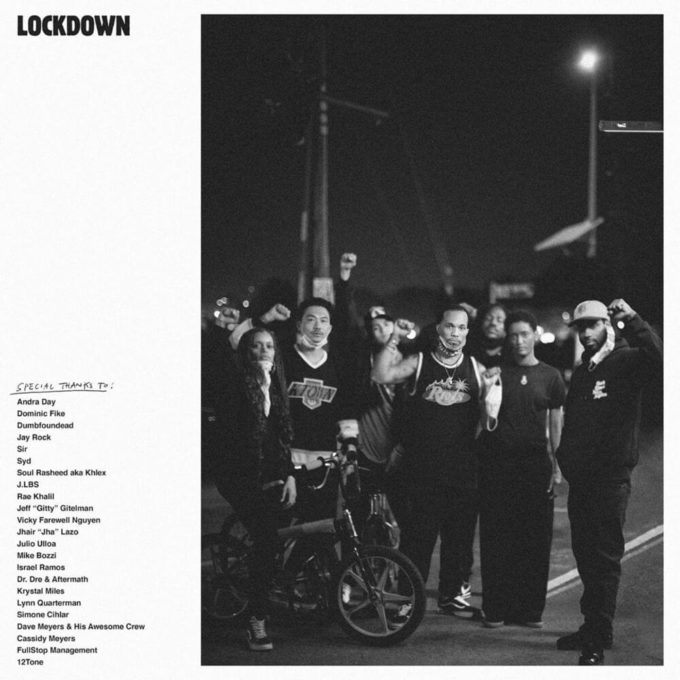