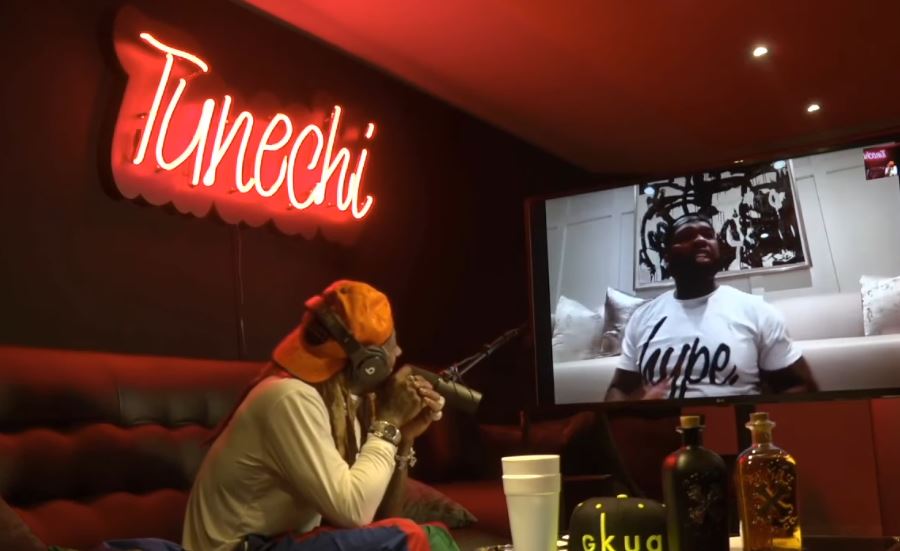 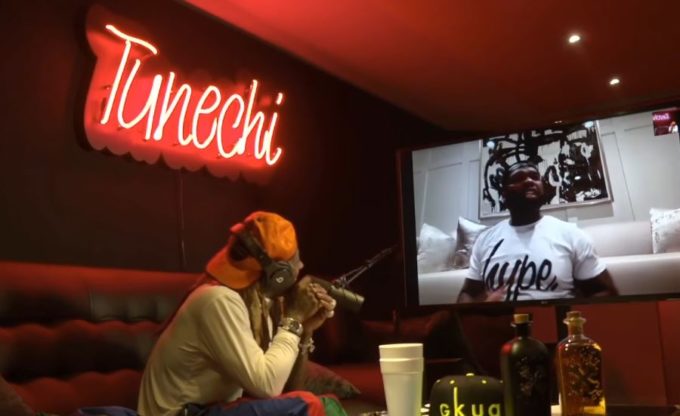 50 Cent was one of the guests on episode 10 of Lil Wayne’s Young Money radio show on Friday.

The chat turned from an interview to 50 just talking freely about whatever he wanted to as he found himself in a comfort zone. The G-Unit mogul, who serves as the executive producer on Pop Smoke’s posthumous album Shoot Shoot For The Stars, Aim For The Moon, looked a bit tipsy as he talked a wide range of topics with Tunechi. The host was surely entertained to the fullest.

The biggest surprise was probably him naming the person (Darryl “Hommo” Baum) who shot him 9 times back in 2000 in Jamaica, Queens. Hommo was a close friend of Mike Tyson’s, something which he alludes to in the interview (around 20 minute mark). 50 also took shots at Meek Mill (around the 1 hour mark) for working on Police Reform but being signed to Rick Ross and managed by Roc Nation. “If you represent prison reform, how did you sign to a correctional officer and managed by a snitch?” asked 50. The snitch term was referring to Roc Nation executive Desiree Perez who was once reportedly cooperating with the Drug Enforcement for a lighter sentence.

#50Cent didn’t hold back at all during his interview with #LilWayne on Young Money radio. Said Meek was signed to a correctional officer (talking about Rick Ross) and managed by a snitch. FULL interview in bio link.

Around the 1 hour, 23 minutes mark, 50 defended Drake’s working style where he was accused of having ghostwriters for some of his songs, saying that the strict rules don’t apply to him.

On Nicki Minaj, 50 said, “Yo, I’m like, “Yo, listen, look. Check this out.” I love me some Nicki. This n**** actually happens to come from my neighborhood. It happens to be a girl, but that n**** is tough! I’m telling you. She be harder than the n**** she f*ck with. She be harder and she’s an alpha female! That mother f*cker tough! You see what I’m saying, Son? You got to watch her or she’ll go – she’ll do something that’s pulling a move to make a – to assert herself.”

Watch the 90 minutes long interaction below.