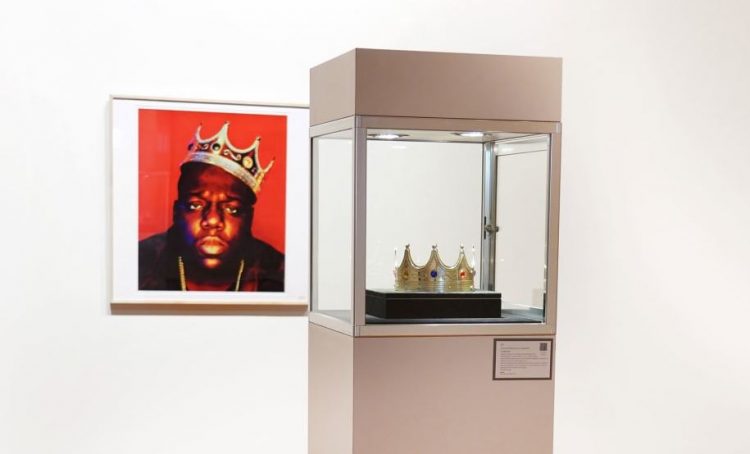 The Notorious B.I.G.’s famous plastic crown got sold at an auction today for a whopping $594,750.

The signed plastic crown from the 1997 ‘K.O.N.Y. (King of New York)’ photo session, along with several other important pieces of hip-hop history were on sale, courtesy of Sotheby’s first-ever hip-hop auction which took place on Tuesday.

The first estimate for the sale of the crown, originally bought for just $6, was $200,000 and $300,000 but that got easily beaten. Biggie’s crown was put up for sale by photographer Barron Claiborne, who had kept the item since shooting the rapper as the “King of New York” in a photo shoot for Rap Pages magazine.

“This crown is a novelty item; I bought it at a place on Broadway called Gordon’s,” said the 57-year-old photographer who lives in Brooklyn. “Without Biggie, the crown would not be worth [six figures]. I only paid six bucks for it.” 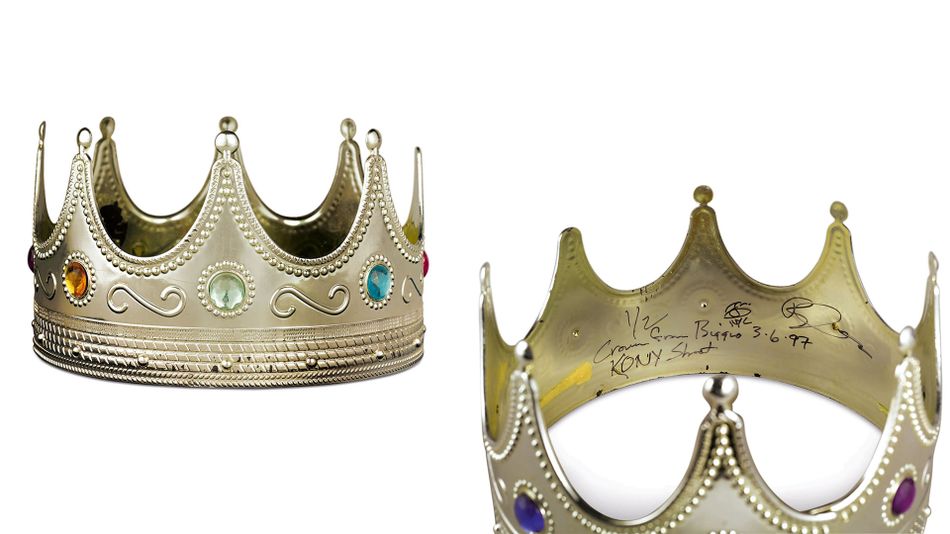 “Some people have told me that it’s too low,” Claiborne stated when the item originally opened with an estimate of $200,000. “That shows you how strong the symbol really is. I always thought Biggie was a king.”

Other lots at the auction included a five-piece drum kit once used by Questlove of The Roots, and one of rapper Slick Rick’s diamond eyepatches, which sold for $30,240 and $25,200 respectively.

A pair of “Push It” Jackets worn by hip hop duo Salt-N-Pepa in a 2015 Super Bowl commercial went for just under $24,000. A collection of 22 love letters that Tupac Shakur wrote to his high school sweetheart were also up at the auction. A portion of proceeds from the sale will be donated to charities including New York’s Queens Public Library Foundation, which coordinates hip hop community programs.