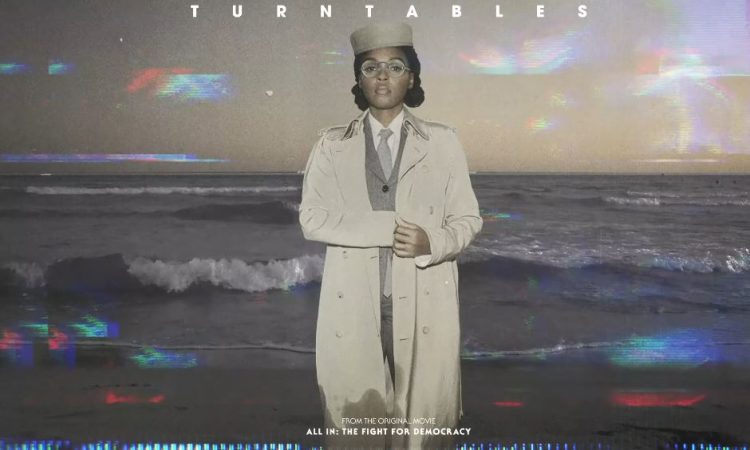 Janelle Monáe is back with new music. The singer, songwriter and rapper has shared a fresh song called ‘Turntables’.

The track is lifted from the upcoming documentary All In: The Fight for Democracy, a forthcoming Amazon Studios film on voter suppression that features Stacy Abrams. All In: The Fight for Democracy is directed and produced by Liz Garbus and Lisa Cortés. It is slated to hit select theaters on September 9 and arrives on Amazon Prime Video on September 18.

She also addressed how it’s important for artists in this climate to stay transparent. “No this ain’t the season, in my opinion, for artists to dilute their feelings. Transparency can take you on the road to empathy and better understanding of one another, and that’s what I’m realizing. There’s power in saying, “I don’t have it together”, or “This is how I’m feeling in this moment”, there’s a connection that you will make that you won’t even know you’ve made, but there’s more power in that than to be politically correct.”