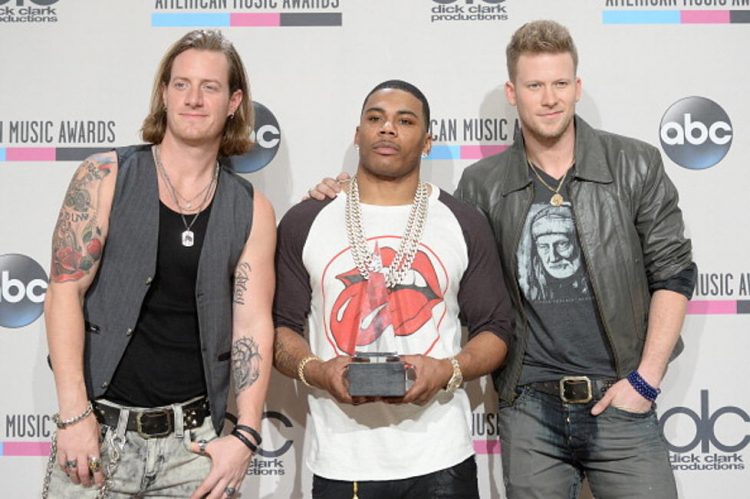 Nelly and Florida Georgia Line had massive success together when they released their single ‘Cruise‘ back in 2013. The song peaked at #4 on Billboard Hot 100 and logged 24 weeks at No. 1 on Hot Country Songs, becoming the longest-running No. 1 single on that chart at the time.

‘Cruise’ was later certified Diamond by the RIAA, the first country song to achieve this status. Now the two acts are joining forces again on a new song ‘Lil Bit’ which is lifted from Nelly’s forthcoming Country-influenced EP, The Heartland. The EP will showcase “Nelly’s ability to defy genres and blend his classic sound with the true heartbeat of country music.”

“Music brings all types of people together and this track, ‘Lil Bit,’ is a dope track that merges my hip-hop style with my boys FGL country style once again,” Nelly explains. “I hope it will draw both hip-hop fans and country fans to it!”

This has the potential to be a big one. Listen below.