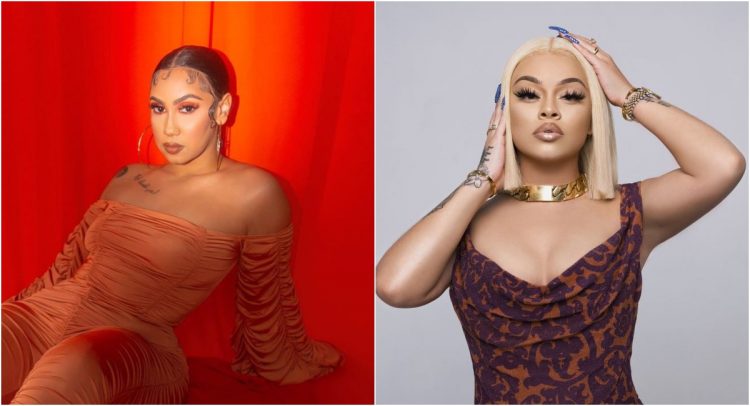 Queen Naija is set to release her debut album Missunderstood on Friday, October 30th. Before that, she is giving fans another tease with the song ‘Bitter’ featuring Mulatto.

She announced the song over the weekend on social media, leading to excitement among fans. It is now out across all streaming platforms worldwide and sounds like it could become a hit. She discussed the track during an interview with Zane Lowe on Apple Music on Tuesday.

“What was actually unique about this song is that it was written for me. I usually write my own songs. Ivory wrote this song, and before this song was even “Good Cake Too Sweet Be Bitter,” it was something totally different, raunchy, and I was not going to do it. I was like, “There’s no way I’m going to say this. I’m not that raunchy or vulgar. So I basically had Ivory come to the studio and we kind of together came together to come up with something that fits me more as an artist. And pretty much it was the same words, but I switched up the cadences to make it more R&B and more me,” she said about the song. “At first it was more rappy kind of like. And even in the bridge, when I was like, “You wasn’t worth my time,” it was totally different. I actually took someone else’s written song and still made it mine’s vibe adding my own flow… and the way I would do it.”

The singer reveals that she first sent the song to the City Girls for a guest verse but they couldn’t do it because of time constraints. “I was like, “Man, I love this beat. It’s different. I think I need this beat, but I was like let me try to write something to it.” So I tried and it was dope, but it wasn’t… I already had demo ear fell in love with the demo track. I want to find a way to use the same words and just switch it up a tad bit. So I love the song. Mulatto slid on her verse. I’m so happy I got to a rapper on there. I think I first asked the City Girls, could they get on it. I sent it to JT, but I think they were so busy at the time because they had just released their album. And then Mulatto came right on time at the end when I thought I wasn’t going to have any features.”