T.I. Confirms Old Rumor That His Friend Urinated on Drake 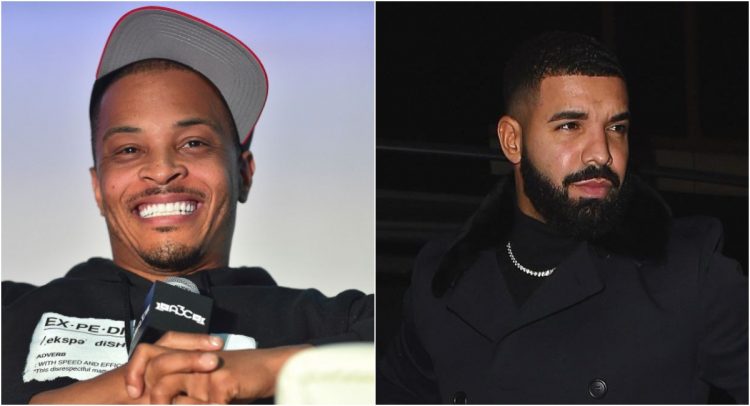 T.I. has confirmed an old rumor that his friend once urinated on Drake.

The rumor started when on his diss song ‘Wanna Know‘ to Drake back in 2015, Meek Mill threw jabs at Drake with one of the lines being, “You let Tip homie piss on you in a movie theater ni**a, we ain’t forget.” TMZ had later reported that a friend of T.I.’s, who is in the film, peed on Drake after being drunk and the latter then ran out of the theater “screaming ‘motherfu**er.'”

On a song off his new album The LIBRA, Tip raps about the incident for the first time ever. He says his friend Terrance Beasley aka Cap, who was killed in prison last year, really did piss on the Toronto superstar. “While I’m fightin’ my own somehow got you home,” T.I. raps on the track ‘We Did It Big’ featuring John Legend. “So drunk in LA, end up pissin’ on Drake, shit / F*ck it, that’s still my brother since back in the trap house.”

Listen to the song above. Drake has not reacted to the bars yet. T.I.’s new The LIBRA is out now and sounding pretty good. It features Young Thug, Lil Baby, 42 Dugg, Mozzy, Jeremih, Snoop Dogg, Rapsody, Conway, Rick Ross, Domani, Benny The Butcher, Jadakiss and more.