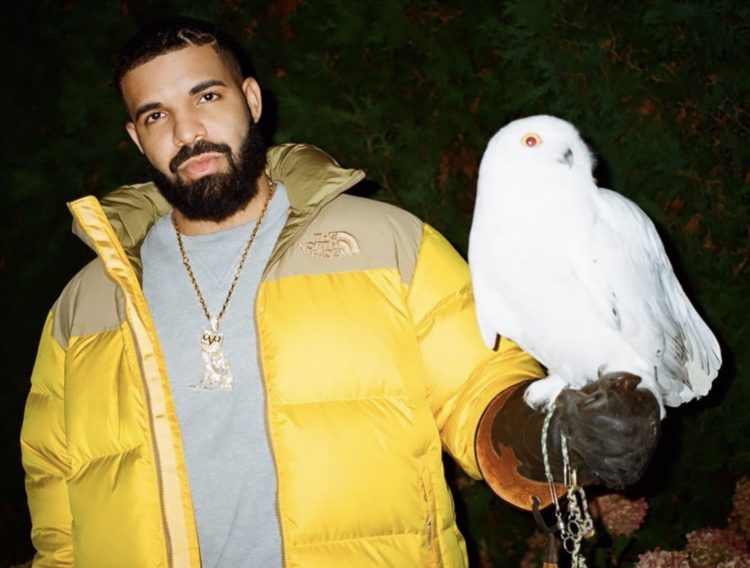 As there always is this time of year when the GRAMMY nominations are announced, there has been a bunch of discussion about which nominees have been deserving and which haven’t. This year, the controversy has been cranked up a notch, especially with The Weeknd, who received no nominations despite one of the better, more successful years in music.

There was a report that The Weeknd was given an ultimatum about performing at the Super Bowl, which Recording Academy chief Harvey Mason Jr. has denied. You can read his statement here.

Drake’s speech from last year where he largely downplayed the awards has been circulating on social media for the past day or two, but now he has chimed in himself. He says that “we should stop allowing ourselves to be shocked every year by the disconnect between impactful music and these awards”, suggesting that The Weeknd should have been a lock for multiple nominations and that there should be a new awards show created. He also went on to mention Lil Baby, Pop Smoke, Popcaan and PARTYNEXTDOOR as others that were snubbed.

You can read his full statement below. The Weeknd and Nicki Minaj have both reposted his message. 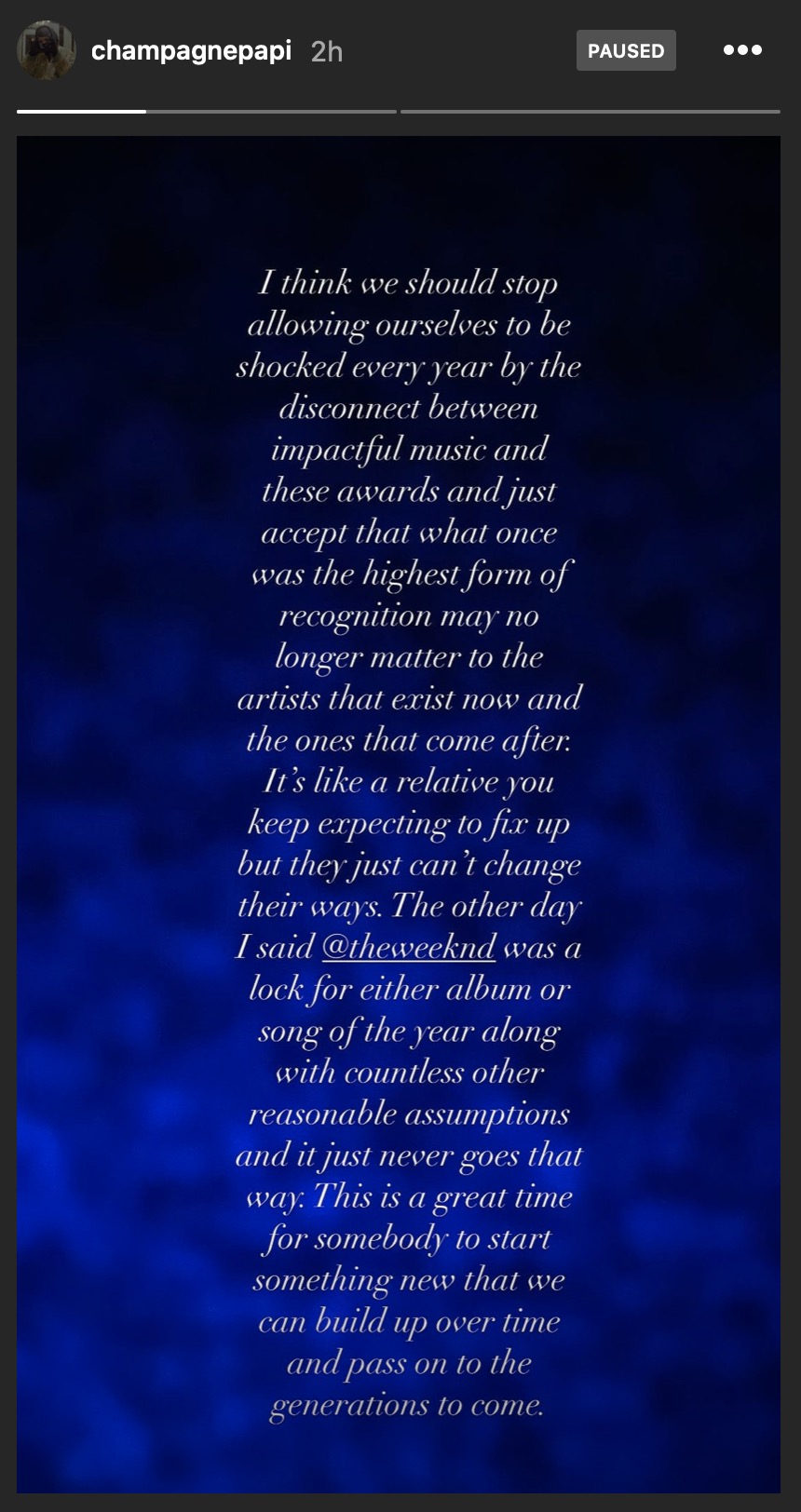 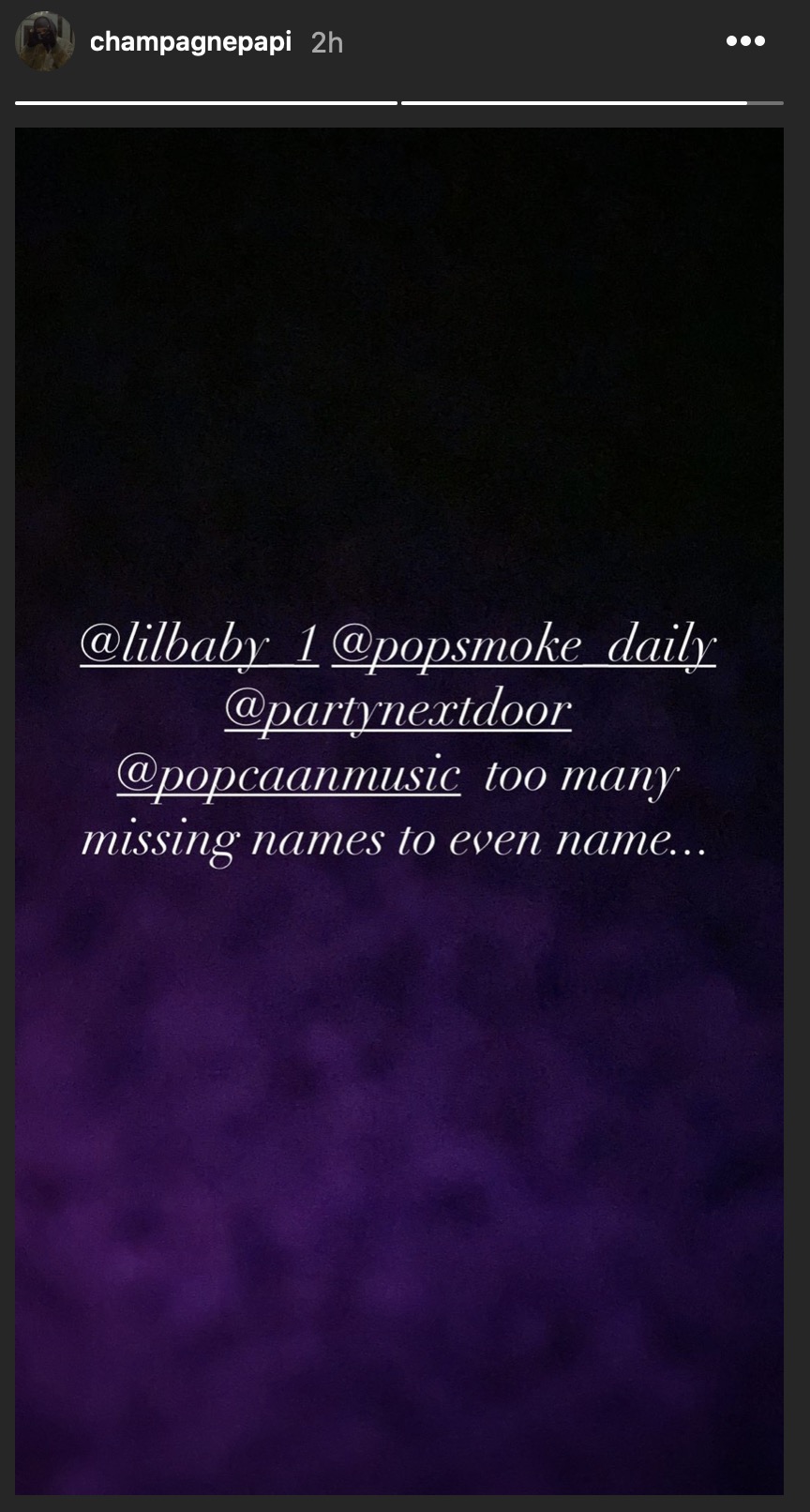