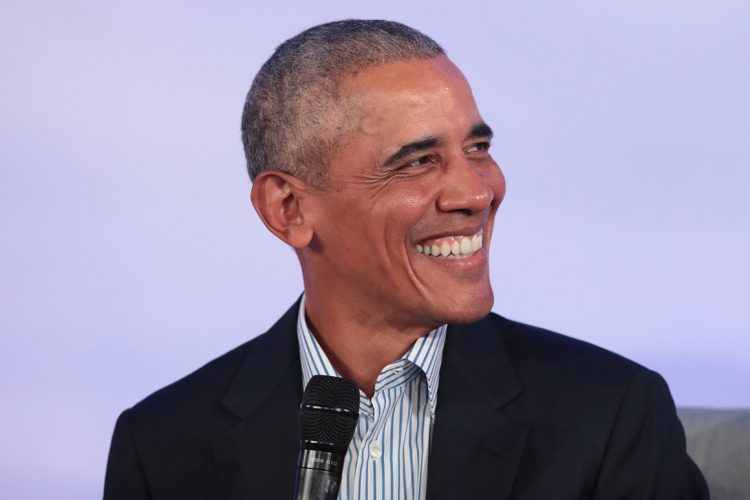 Former President Barack Obama loves sharing his playlists ahead of seasons but this time, the occasion is the release of his new book, A Promised Land.

The POTUS unveiled his personally curated playlist today in celebration of the book which will officially hit shelves on Tuesday, November 17th. The playlist features Beyonce’s ‘Halo’, Bruce Springsteen’s ‘The Rising’, which he played at Obama’s inauguration in 2009, Jay-Z’s ‘My 1st Song’, Eminem’s ‘Lose Yourself’, The Beatles’ ‘Michelle’ and many more.

Music has always played an important role in my life—and that was especially true during my presidency. In honor of my book hitting shelves tomorrow, I put together this playlist featuring some memorable songs from my administration. Hope you enjoy it. pic.twitter.com/xWiNQiZzN0

“Music has always played an important role throughout my life––and that was especially true during my presidency. While reviewing my notes ahead of debates, I’d listen to Jay-Z’s “My 1st Song” or Frank Sinatra’s “Luck Be a Lady.” Throughout our time in the White House, Michelle and I invited artists like Stevie Wonder and Gloria Estefan to conduct afternoon workshops with young people before performing an evening show in the East Room,” said Obama about the playlist. “And there were all sorts of performances I’ll always remember — like Beyoncé performing “At Last” for our first dance at our inauguration or Paul McCarthy serenading Michelle in the East Room with, “Michelle.” So in honor of my book, A Promised Land, coming out tomorrow, I thought I’d put together a playlist with some of those songs. Hope you enjoy it.”