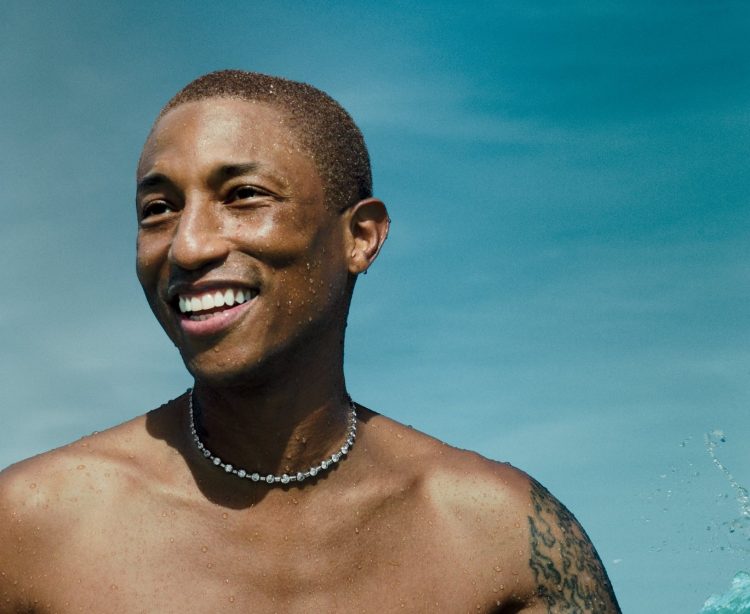 It is a common joke on the Internet that pharrell Williams ages backwards. That is because the 47 year old artist and producer’s skin is glowing every time he’s seen in public.

“Drop the skin care routine!” his fans usually write in the comments of his social media posts. Well, he has now officially launched his skin care line called Humanrace.

Humanrace Skincare launches with a rice powder cleanser, an enzyme exfoliant, and a “humidifying” moisturizer. “I grew up in humidity,” says Pharrell, who was born in Virginia Beach, less than a mile from the ocean, in an interview with Allure. “The way I think about things… I’m an Aries, but I’m also a Cancer rising. Water makes me feel free. Water is very inspiring to me. I’ve always been obsessed with the idea that water falls [from] the sky as evaporation,” he says.

The new products have been developed with his longtime dermatologist, Elena Jones.

@Allure Dec/Jan Issue ✨ Thanks to the team at Allure, the experts of skincare and beauty, for shining your light on the @humanrace skincare story 🙏🏾 link in bio. Routine available Nov 25 on humanrace.com

“They’d talk to me about their skin and the things that they’d do,” he says, about the time in his mid 20s when he started taking skin care seriously. “It varied between the different girls and campaigns that they had done and what they felt was integral to their process.” He remembers a bouquet of skin-care advice from Naomi Campbell: “‘As soon as you’re done washing your face, you wash it with cold water.’ She would always talk to me about never washing my face with the downward strokes of whatever cloth I was using, to always go upward, to go against the gravity.”

“Humanrace is a full-on brand,” he says. “We just want to make things better. We want to democratize the experience of achieving wellness. And I’m not trying to be like any other wellness brand out there. That’s what they do. That’s what they give. Ours is all based on results and solutions and sensations. We wanted to look at sensations. I mean, we live in a world that needs it.”

Pharrell so also briefly spoke about working on Rihanna’s hotly anticipated new album. The article mentions that “he and Hugo are currently helping engineer the groove for Rihanna’s thirstily awaited ninth album.”

“Rih is in a different place right now. Like, wow. She’s from a different world.” Williams claims that this world might be Venus, which he supported with recent suggestions that there might be life on Earth’s next door neighbor. “I‘m willing to bet, because Venus is gaseous, that if they had a telescope that could zoom through all that shit, you’d see Rih laying there naked.”