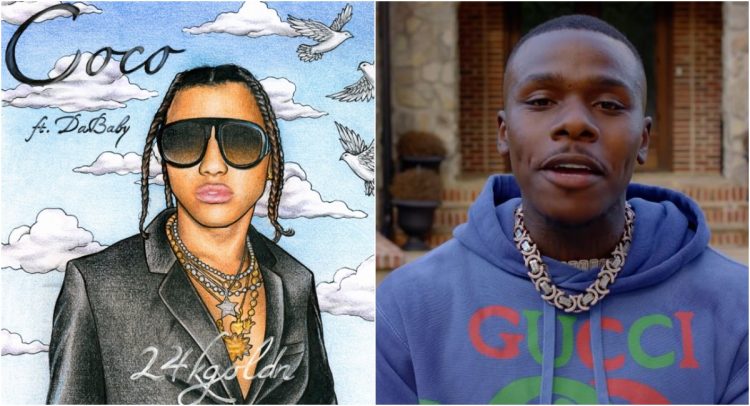 One of the biggest hits in the world right now is 24kGoldn’s ‘Mood’ featuring iann dior.

The song received a further boost last month when they shared a remix featuring Justin Bieber and J Balvin. But the San Francisco based 24kGoldn is now moving on to his next single in an attempt to close out the year strong. Tonight, he is going to drop his brand new single ‘Coco’ with some assistance from DaBaby.

He announced the song on Tuesday by sharing a video trailer where fans were able to get a sneak peek of it. It is now out everywhere — stream it below. Going by the catchy sound of this track, 24k could have another big hit on his hands.

UPDATE: Their performance from Fair Fight/Rock the Runoff has also been released.