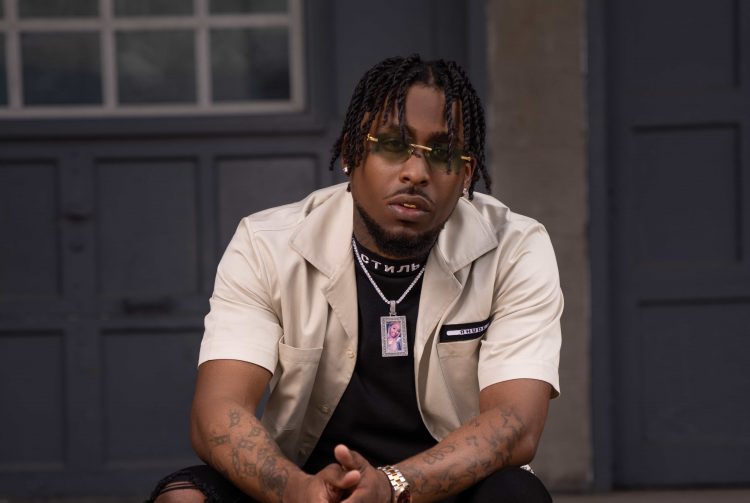 Atlanta has seen some extravagant changes over the last decade. From the music to the overall culture, the ATL remains a zeitgeist for modern art. Many legendary rap acts have been birthed from those streets, and those same poets tell the tales that shaped and defined them throughout their lives. There’s many sounds and influences that make up what Atlanta is today.

BRS Kash is a product of Atlanta’s creative versatility, wielding a musical style that showcases the evolution of the city’s sound. The 27 year-old rapper-singer delivers his verses with melodies that stick to the ribs, and at the same time he’s having the time of his life doing it. With his viral-song ‘Throat Baby‘ making its rounds on streaming services as well as radio stations (it’s currently #8 on Urban radio and gaining in spins every week), BRS Kash is one of the more compelling acts emerging out of the ATL scene.

In previous interviews, Kash had claimed he was messing around in the studio during the creation of ‘Throat Baby’. The most striking aspect of that detail is the result that followed. ‘Throat Baby’ is an absolute banger, it’s fun, infectious, and it holds a high replay value. In addition, multiple acts including Lil Wayne have dropped a remix over the instrumental already. During a time of pandemic where such an explicit track designed for the clubs can’t reach its full potential in terms of exposure, it’s faired very well and allowed BRS Kash to be on the lookout in 2021.

During a recent phone call, BRS Kash spoke with us about ‘Throat Baby’, change in stage name, recent success, women’s sexuality, an upcoming remix to the viral hit with DaBaby, his debut project coming next month, and more.

Congrats on all your recent success. You got a viral single going around right now with ‘Throat Baby’, how’re you feeling?

I feel amazing. Definitely feel blessed to have a hit record to come out of a pandemic. Definitely a dream come true of mine.

You changed your name as you released your debut hit single, ‘Throat Baby’ from Kash Kash to BRS Kash. Why the name change?

I’ve always had the name Kash Kash ever since I was in Middle School. Since that point, I didn’t know about trademarking the name or copyright so I was just running with it. So as business started to get more serious, we found out that someone already had that name trademarked under the entertainment side. So if I would’ve ran with the name, our codes would’ve got mixed up and it probably would’ve went to him. What I did was add the BRS in front of name, and what the BRS stands for Bankroll Society. Bankroll society is basically a society of people getting money, like me and my friends, and it’s also my entertainment. So as far as branding my name; I wanted to brand my entertainment at the same time so I named myself BRS Kash.

Ok that’s a good call. You’re from Zone 6, the east side of Atlanta. How has the music influenced you as we are entering 2021?

That question I don’t really know, because with me? I don’t really listen to music like that. I don’t want music to mess up my creative mindset so with me being in the time we’re in, I like to stay in my own little space, and create all these different flows and melodies. I don’t want other people talking about oh he took somebody’s flow, I just keep creating my own — I’m creating my own wave.

That makes sense. You don’t want anyone else’s sound to dictate your own.

I always hear how Atlanta has changed over the last couple of years? What has changed about it?

When I saw the reaction from the crowd, it was like something I wanted to do. If I could pull the strings and make the girls go crazy, that’s what I wanted to do in life.

What was that moment where you knew you wanted to make music?

Aww, man. Back when I was 13 right, I have entered my first talent show in middle school. I ain’t have no beat, didn’t have the song recorded or nothing. Everything was just raw. I had the band play a beat, and I started rapping on the microphone. When I saw the reaction from the crowd, it was like something I wanted to do. If I could pull the strings and make the girls go crazy, that’s what I wanted to do in life. Like seeing that crowd so amped up, it motivated me to keep making music and it was something I loved to do.

When you find something that early on, it sets you on a good path in your future and gives you a solid foundation.

I know you were seen as the one to hold everyone down and to be the one to make it. Now that you’ve made it, how has fame treated you so far? How’s it changed your life?

A lot. It’s changed my life a lot. I’m able to do more from a distance like if I’m on the road and I have to go home to do something, I can just send money. It’s changed a lot as far as people around me, some folks pop around just to be around in the mix, some folks are coming around to work. I’ve been able to employ people, so a lot has definitely changed. I’m able to put money in the pockets of everyone around me.

So the people that rolled with you since day one, you take care of them I assume.

Yep, everyone that rides with me since day one. They know they gotta roll, they are apart of the team. We all have to work here, it’s not like I’m just getting money, everybody’s getting money.

You got guys like T.I. constantly preaching about protecting daughters from turning into “Thots” and Snoop Dogg saying how women should reserve themselves sexually to keep the mystique of the female body. What’s your take on that?

I feel like it’s a generational gap for the most part.

I mean yeah, as times pass and change. Back in the days things were different. It’s all a part of time.

If you feel offended by it, it means you probably was doing it and you’re just scared to be open about it.

I know you expected backlash from releasing ‘Throat Baby’, how has the reception from women been now that the single has had some time to circulate?

Thing is, most people hear the clean version. In the clubs they don’t know about throat baby, they know about “Go Baby”. So when a lot of folks figure out that I’m saying throat, the backlash is going to be like “oh my god, he’s been saying this the whole time?”. The backlash is something new everyday, because folks are just starting to figure out what I’m saying. We kinda knew it was going to happen, I mean it is what it is. If you feel offended by it, it means you probably was doing it and you’re just scared to be open about it.

That’s the crazy thing, that you’re able to go viral with such a single but it’s not able to circulate in the right places like clubs due to what’s going on. You’re working under certain circumstances, but excelling way ahead than you thought you probably could.

That’s the crazy part about it, because like everything I would be doing… like you said, I’m not able to do. I’m not able to go on the radio, come around on tours or anything like what most artists are able to do to promote their single or be out here in the streets with posters and CDs and things like that. With the circumstances I’m working with, I feel damn proud of myself because like who’s doing it? Who is overcoming a pandemic, breaking through in a pandemic? As far as I’ve come, I’m happy with it. I probably could be way further, but patience is always the key. And I’m not rushing nothing, so the time I’m taking to do what I do and I’m fine with it.

We heard you are dropping a project in January. Do you have a date yet ? And who are some of the features we can expect to hear on it?

I’m not really too sure on the date, but it should probably be in the middle of January. You can look to see Toosii on there, of course Dababy on the remix to ‘Throat Baby’, got a hot track with Mulatto. That’s a couple of the features to be expected on there. The name of the project is Sex Ed.