DaBaby Says He Will Retire From Rapping in 5 Years 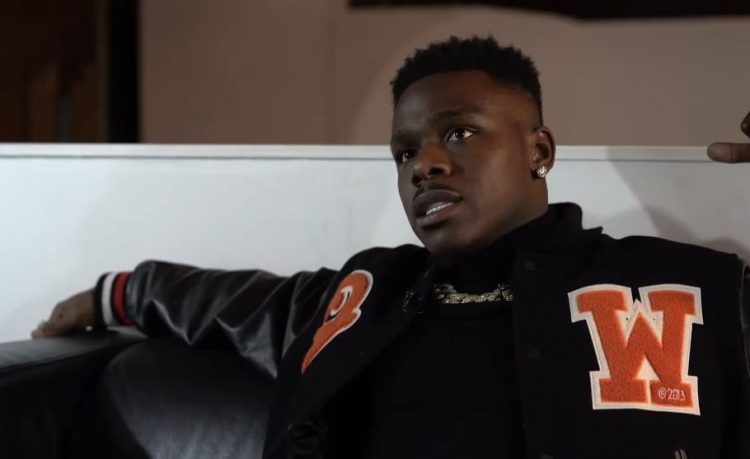 DaBaby had a big year. Not only did he score a smash hit with ‘Rockstar’ which spent 7 weeks on top of the Billboard Hot 100 chart, he also got nominated for multiple GRAMMYs including “record of the year.”

But the Cleveland, Ohio born rapper says he is ready to retire in 5 years. He’s on the latest cover of XXL magazine where he chatted about his big year, getting nominated or GRAMMYs, having the confidence of releasing an album during the COVID-19 pandemic, switching his flow, and more.

“Nah, I mean they don’t. That’s what I’m saying. It really don’t,” he said when asked if winning a GRAMMY really means a lot to him. “Like, nominations alone, just bein.. me coming from where I come from, just being nominated for Grammys, just being on the cover of XXL Magazine. Being on XXL Freshman cover last year. Having a solo cover this year, like, that shit major. I come from shit and I ain’t from nothing and I put this shit together like this was me. I put that shit together. I made moves, you know what I’m saying? I kept it going when muthaf*ckas wanted me to just sit back and settle. I was like, “F*ck that. I’m doing it like this.”

When asked where he sees himself in 5 years from now, DaBaby said that he will be retiring and instead focusing on building artists under his Billion Dollar Baby Entertainment label. “Billion Dollar Baby Entertainment in five years is definitely gonna be one of the hottest labels in the game. I’ma be retired in five years. I won’t be rapping. I’ll be creating other superstars,” he said.

We already know how true rappers stay to their word when it comes to the r word but we will see how DaBaby operates. Watch the full interview below. In November, he dropped his My Brother’s Keeper EP in tribute of his brother who recently died by suicide.