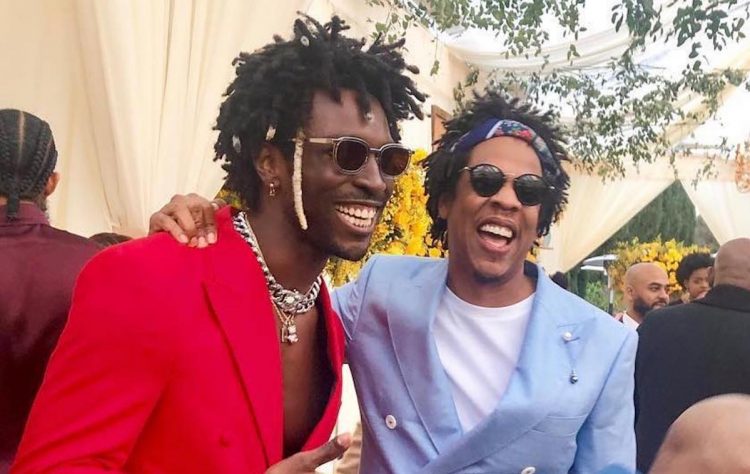 In a new interview, Kareem ‘Biggs’ Burke has revealed that it was JAY-Z who advised him to sign SAINt JHN.

The Roc-a-Fella Records co-founder is the latest guest on The ETCs Podcast with Kevin Durant, where KD and co-host Eddie Gonzalez talk to him about the early Roc days, finding about Jay-Z, not really being into his music early on, how he got involved in music business, developing a relationship with Jay, taking a break from the music business for many years, signing SAINt JHN and more.

“Actually when I heard Jay early on, I wasn’t even, I wasn’t necessarily a fan. It wasn’t until Jay battled DMX and I became a fan,” said Biggs. “And he started to talk more. Before that he was real lyrical and had a different, you know, talked about different content. And then, there he was talking about things that resonated with us, you know. I became a fan then. And then he was able to put both of those things together which, you know, made him who he is today.”

Biggs reveals that he was bored from the music industry and the music coming out was not exciting anymore to him but that changed after he heard SAINt JHN. “I’ve done interviews over and over and over again saying I would never, ever, ever be back in music. Like there was nothing that could possibly get me back,” he said. “And, you know, to hear SAINt JHN’s first album, Collection One, and, I mean, at that time I didn’t listen to music in the house, only when I worked out. It made me want to drive and do different things just to hear the project.”

He reveals that he offered the ‘Roses’ hitmaker free services just to help and advise him but it was Jay-Z and Roc Nation co-founder Tyran “Ty Ty” Smith who encouraged him to sign JHN and do proper business.

“And I was like, ‘Look, man, I’ll just be here. I’ll help you for free. Like, I’ll just give you advice’ because, you know, it wasn’t something that I really wanted to do. But after speaking to Jay-Z and Ty Ty and asking about them about it and Ty, who played me the music, introduced to SAINt JHN, was like, ‘Look we tried to sign him. That guy’s incredible’. And Jay was like, ‘Look, you real passionate about it, you know, you should do it’,” he reminisces about how it happened.

During a recent interview, SAINt JHN revealed that he had originally written ‘Roses’ for Beyonce.