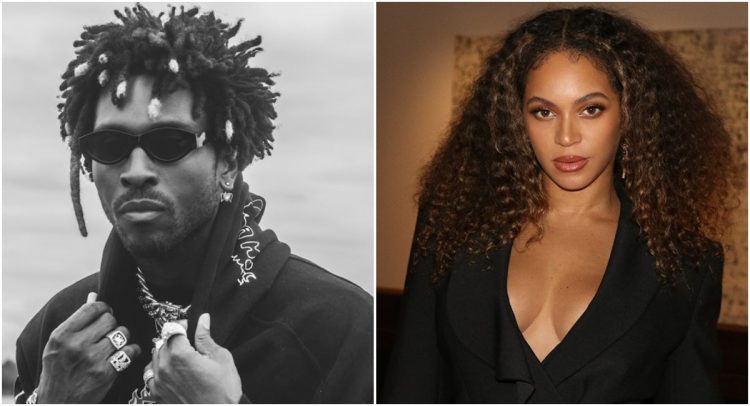 SAINt JHN has had one of the biggest hits of the year with ‘Roses’ — it has even received a Grammy nomination for “Best Remixed Recording.” But he has now revealed that it was originally written for Beyonce.

He added that he would have loved if Beyonce did the record but it got passed by her/her team. “In my mind, if Beyoncé did that at the time, it would have been revolutionary for what she was doing. She ain’t never do this,” he said. “You hear “Roses” and it’s ignorant but it’s beautiful. However it happened they passed and I had to put it out because…its too good. If you believe in it, bet on yourself.”

SAINt JHN is currently promoting his new album While The World Was Burning which came out last month featuring an all star cast of Kanye West, Future (on the ‘Roses’ remix), Lil Uzi Vert, A Boogie wit da Hoodie, DaBaby, JID, Kehlani and 6LACK. He also dropped another new track with Kanye later called ‘Smack DVD‘ as part of a reissue.

He went on to reveal during the interview that Kanye wants to do executive produce a collaborative album with him and Buju Banton.

“Oh I almost forgot, Ye wants to produce an album…[with] me, him and Buju [Banton] together,” the talented musician said. “He wants to executive produce. Maybe he’ll do the next one or the one after that but we’re doing a bunch of stuff now and we’re trying figure out where it all lands. All the while I’m focused on While the World Was Burning.”