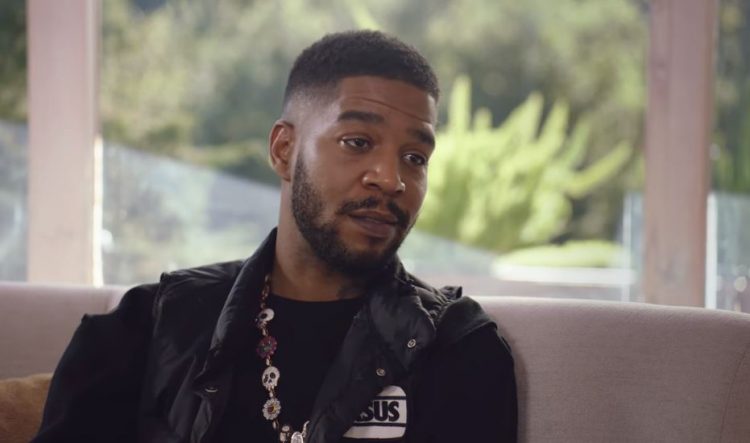 Kid Cudi’s new album Man on The Moon III: The Chosen comes out later tonight (Dec. 11) but before that, he sat down with Zane Lowe on Apple Music for a chat.

In the extensive interview, Cudi discussed how the idea about the album came to be, the period coming out of Man on the Moon II, beginning a positive new chapter with Kids See Ghosts and his relationship with Kanye West, getting encouragement from Travis Scott about his rapping, getting validation from Eminem, and working with Travis Scott, Snoop Dogg, Jay-Z, Trippie Redd, Skepta and Pop Smoke.

How he decided to make Man on the Moon III: The Chosen:

It was conversations I would have with my friends, like Dodd and Dennis. And then me being in the right place creatively. I was already in a really good place working on Intergalactic, going crazy on the Scotts sh-t, had that in the chamber. But then I was making something else that didn’t fit those two projects. And I think after two or three songs, I was like, “Whoa, this sh-t really feels like a Man On the Moon. Like this is what the universe is telling me to make here. So I think after two or three songs, I was like, “This is it.” I made “Tequila Shots,” “Another Day,” and She Knows This,” I believe.So I made those songs first. And that’s why you hear “Tequila Shots” and it sounds like such an introduction. It sounds like you pick right back up where we left off 10 years ago.

I was a madman. My daughter was born that year. I was scared about being a parent. I was scared about the future because I didn’t know what I was going to do after Man On the Moon II. I had no ideas. I think I took 2011 off. I didn’t drop any music that year. Still young, still trying to figure it out. But I quit cocaine, cold turkey. I never really faced my issues with that. That’s why it ended up coming back later on in life. Because it’s not like I really addressed that sh-t when it happened. I kind of got arrested and then people knew about it and people started looking at me funny. And then it was just like, “I don’t really like the way this feels.” I just knew I have this beautiful baby girl who needs me. I have to rise to the occasion. This is not about Kid Cudi being a role model to the fans anymore and me being scared to be that. This is a whole nother beast here. I’m a father now. From that moment on, I was dropping an album every year, 2012, 2013, 2014, 2015, 2016.

When I’m working with Ye, it’s always like, “I hope he likes this sh-t.” It doesn’t matter how excited I get or the people in the room around me get. If he doesn’t f-king like it, then I got to f-king rewrite it. But in the whole entire history of me and Kanye West working, I’ve never written something where he’s been like, “Rewrite that.” Never. We bounce ideas and sh-t even when we were doing a writing on Kids See Ghosts, I would write the verse and he’d take it, read it, and say, “All right, cool.” And record it. And I would just be like, “Holy f-k. Holy sh-t, that was close. I just had to f-king write a rap for Ye. Like Holy sh-t. I’m glad he liked it. He could’ve said this sucks right at the beginning.”

I’m working on these beats that he gave me. He gave me about eight beats. He has this one beat that I love. It’s the first beat in the pack that he sent me. And I’m just like, “Oh my God, this beat is amazing. This is like the Kanye West beat. Holy f-k, I got to do something to this. I got to make something amazing. Like, Holy sh-t, Jay-Z’s waiting on this.” So then I’m sitting there, I come up with an idea I’m out there for maybe all 10, 15 minutes. Kanye comes out. He’s like, “So what you got?” I’m like, “Oh my God.” I’ve got eight beats he gave me, I only have one idea. And I was just like, “Hey yeah man, I got this one idea. I don’t know if you like it or not, but this is it.” He’s like, “Tell me. Tell me.” So it was like, (singing).Record that right now. Record that right now. I was like, “You’re sure?” ” Yes, yes, yes. Record it. Let’s go to the studio right now.” We went in the booth, I recorded it. I’m nervous as sh-t, but like in the live room, all I see is just people jumping around dancing, going crazy. The response was wild. And I was just in the booth like, “Okay. Right. I have to do this a million more times.” It wasn’t a moment where I was like, “Yes, I did it.” I was like, okay, now I got to do this like a million more times. Every time they come to me, I got to come with that sh-t.

That was me. Like, “Yo, I want to be respected as an emcee. Yo, who do I f-king get? Who do I f-king get to spar with? Who do I go bar for bar with? Eminem.” Man, I tweeted at him. No, it wasn’t even in the DMs. Just my timeline. It was public. I was like, “Yo Rap God, help!” And we’re really close with Paul Rosenberg and he was able to connect us and we were able to get it done. He was in Detroit, I was in LA. It’s a nail biter. Because I’m like waiting, I’m waiting. And I’m like, “Oh sh-t. They’re asking me questions. They don’t say he’s going to do it just yet. They’re just asking me questions. And I’m like, so this means he’s going to do it. Right? Because they’re asking me questions. And literally it was like every day I was like, “Is today going to be the day? Is today going to be the day?” And like, I got it. And I was like, “Holy sh-t.” I was like, it was something for me to get the validation from Eminem by doing that record. Him doing that record let me know, like he was telling me like, “Yo, I f-k with you as an artist fully, even your bars are dope.”

Well, it was powerful because like I talked to Steven Victor about this and he said, when he first recorded this song, he had thought of me on it. Steven had thought of me on it. The reason why I kind of got this record, Dot Da Genius and Plain Pat had worked with Pop, like before he blew up at the Brewery in New York, at Dot’s studio. And they had this record, they just never did anything with it. It was just something that Dot had on tuck, you know? And I was chilling with them one day because Dot’s working on our album and he was like, “Yo, I got this record. I’m going to play it for you. Let me know what you think.” He plays this sh-t. And I’m like, “I need this. Like I need this, man.” I was like, “Nobody’s ever heard me on anything like this. Skepta sounds amazing. Pop Smoke sounds amazing. Like this would be so unexpected. I think I can be on this and I could hold it down and like do my thing.” And this is also another way I can, you know, showcase these bars.

Watch the interview below.