Rick Ross Says 50 Cent Can’t Compete Against Him in a VERZUZ; Calls Him a “Monkey” 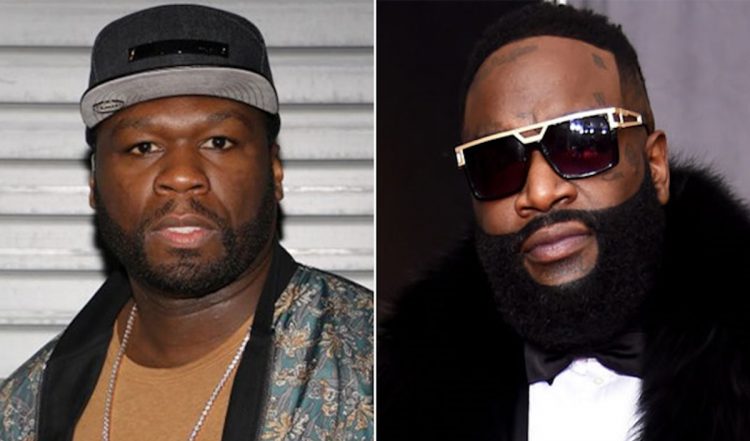 When it comes to the beef between Rick Ross and 50 Cent, there really doesn’t seem to be an end in the near future.

Some fans have wondered if Ross and 50 can go against each other in a VERZUZ battle and eventually squash their beef like the example Jeezy and Gucci Mane set last month. If you ask Ross, 50 can’t really compete against him in a matchup like that. He touched upon the topic when asked by former NFL players Brandon Marshall, Chad Johnson, Fred Taylor and Channing Crowder on their “I am Athlete” podcast.

“Would it be really entertaining music wise? I’m a real dude, 50 Cent had some huge records when he had the biggest producers and artists around him putting them together. That’s why right now, he can’t make nothing to save his life. Rozay probably couldn’t save him,” said the rapper.

The MMG boss added that even when it came to dropping diss records, it made sense earlier when they were at their peak but not anymore as 50’s music is “no longer valuable in the music area.” He then refers to him as a “monkey.” Watch the clip below.

Adding to the same conversation, Ross said that 50 could only make Get Rich or Die Tryin’ because he had a lot of help from people like Dr. Dre and Eminem. You can watch the full interview below where he talks about his various businesses, upcoming album Richer Than I’ve Ever Been, and more.

Back in August, Ross said he will consider clearing his song ‘BMF’ for 50’s anticipated TV show if 50 agreed to promote his food chain Wingstop in return.