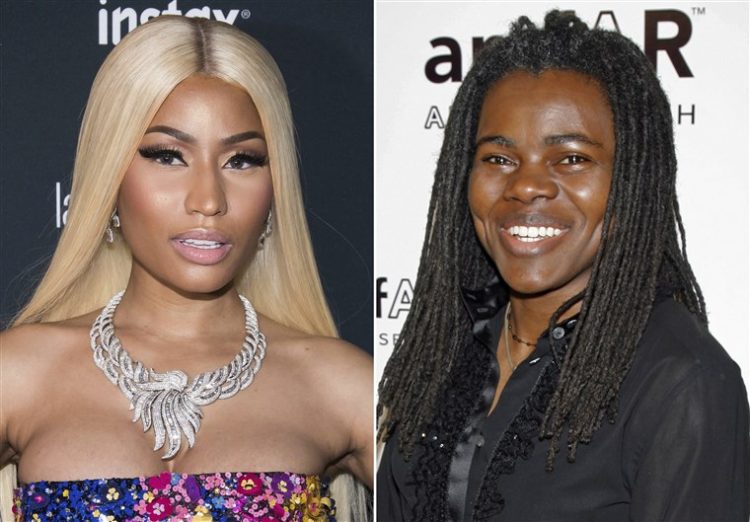 Nicki Minaj has agreed to pay Tracy Chapman a sum of $450,000 to settle the controversial case over copyright infringement.

In September last year, a judge had ruled that the rapper did not commit copyright infringement when she created a song based on an interpolation of Tracy Chapman’s song ‘Baby Can I Hold You.’ Chapman had sued Minaj in 2018 for interpolating her song in the rapper’s unreleased Nas collaboration ‘Sorry’ without her permission. The song was meant to land on her last album Queen but did not make the cut in the end.

Nicki had offered Tracy $450,000 to settle the matter which would mean that the two will not proceed to a trial later this year. The veteran singer-songwriter has accepted the amount which includes all costs and attorney fees related to the case, reports Hollywood Reporter. Nicki had allegedly given Funkmaster Flex the go ahead to play the sampled song on radio without prior permission from Chapman.

According to court papers in the case, Nicki and her reps sought a license to Chapman’s song. One of the clearance specialists put on the task is said to have known that Chapman was on the “do not sample list” which is an unwritten list of artists that were known for not allowing samples of their works. Minaj’s team made efforts anyway, but Chapman rejected a request.

U.S. District Court Judge Virginia Phillips came to the conclusion that Minaj had a fair use right to use the song in the studio to enable musical experimentation — “A ruling uprooting these common practices would limit creativity and stifle innovation within the music industry” but she did not get away with the fact that the song made it out to radio and eventually the internet.