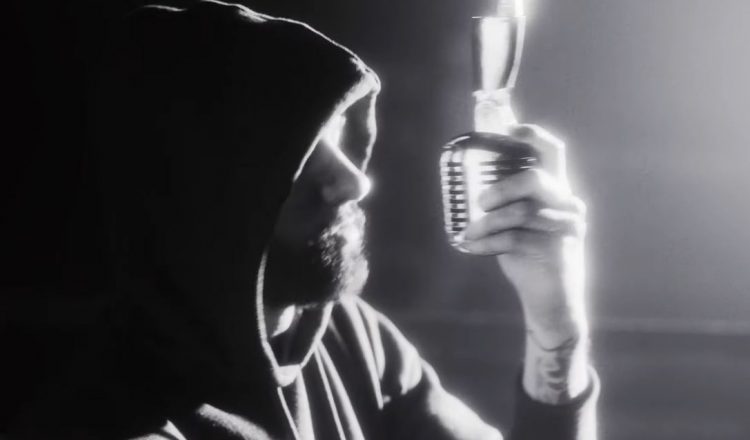 After initially teasing it yesterday, Eminem has released the music video for his song ‘Higher’, one of the standouts on his last album Music to Be Murdered By – Side B.

The video features footage from UFC courtesy ESPN and shows Shady rapping on the mic in the ring, while laying parallels between athlete and musician lives. It also features cameos from Dana White and ESPN’s Michael Eaves along with some fans all over the world. Watch the black and white clip below.