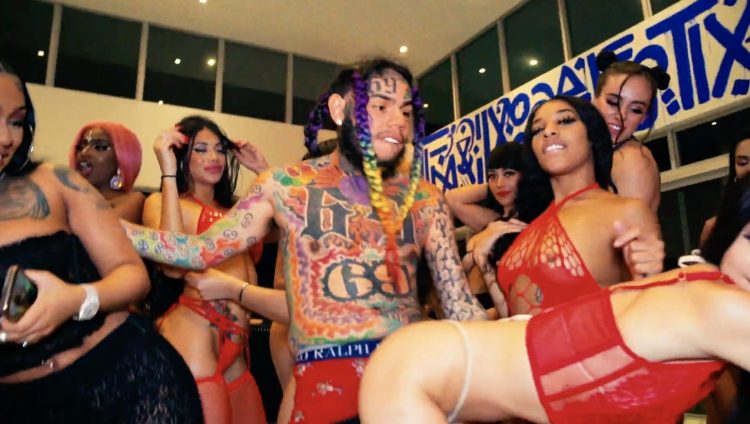 Right after he was released from prison, 6IX9INE was everywhere and his music was dominating the charts. It all culminated with the release of Tattle Tales and then he went quiet. Too quiet. So quiet, that people noticed he was gone.

The release of his album was back in September but after a hiatus, this week, he popped back up on our social media feeds because of a verbal altercation he and Meek Mill had in Atlanta. You can watch it here.

A savvy marketer if nothing else, he takes full advantage and releases a new single called ‘ZAZA’ today. In it is footage from his argument with Meek. If you’re already a 6IX9INE fan, you’ll like this. If you’re not, it won’t change your mind.