DMX Reveals He Has An Upcoming Song with Pop Smoke 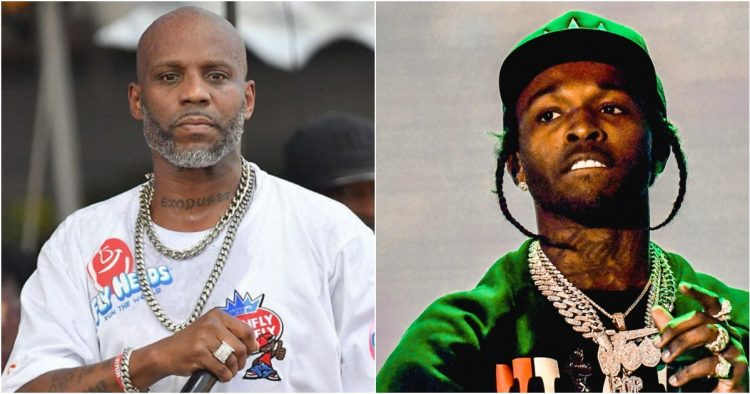 Pop Smoke has been one of the biggest success stories in music in the past couple of years which is extremely sad as well, since we lost him too soon.

But his legacy will surely live for long. Legendary rapper DMX is an upcoming guest on the Drink Champs podcast and N.O.R.E decided to release a short preview of it yesterday (Feb. 7) where he asked X about his upcoming music and if he’s collaborating with some of the younger artists.

DMX revealed that he’s done something with the “Griselda boys” and also has something in the works featuring a posthumous Pop Smoke contribution. Watch the clip below where Noreaga then jokes about Pop being someone who’d be a baby to DMX and 50 Cent.

Even after 30 weeks on the chart, Pop Smoke’s posthumous album Shoot for The Stars, Aim for The Moon continues to hold the #2 spot on the Billboard 200 chart, a testament to the New York rapper’s star capability.