Pop Smoke ‘Shoot For The Stars, Aim For The Moon’ Returns to #1 on Billboard 200 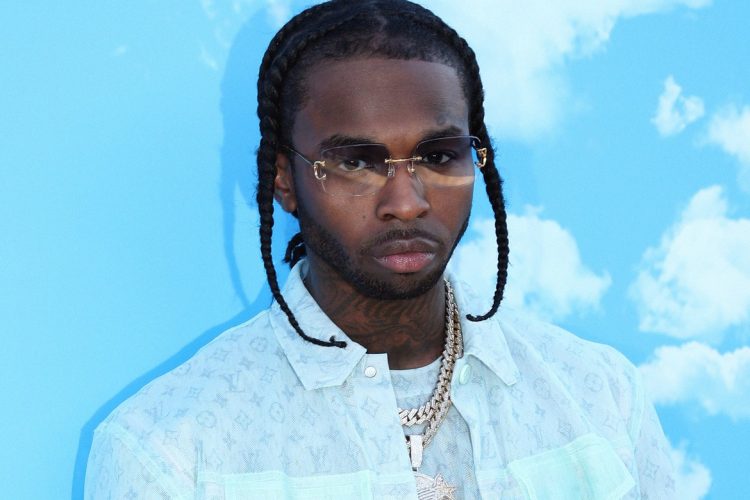 UPDATE (Oct. 18): It happened. Pop Smoke’s posthumous album has returned to the number 1 spot of the Billboard 200, moving 67k copies this week.

21 Savage and Metro Boomin’s Savage Mode II comes in at #2, just a small margin behind with 66k.

Pop Smoke’s Shoot For The Stars, Aim For The Moon is easily one of our favorite albums of this year, which has also managed to sell a lot of units on the charts.

The rapper passed away in February and it was in July that his team put together his first posthumous album for the fans, executive produced by 50 Cent. Both 50 and head of Pop’s label, Steven Victor have mentioned that the songs and features were structured in a way that Pop had desired.

Shoot For The Stars, Aim For The Moon debuted at the number one spot in July with 248k copies moved in the first week and has remained in the top ten of the Billboard 200 chart since then. A deluxe version a few weeks after the original release certainly helped the cause. But now, Pop’s album is projected to move back to the number one spot this week with sales around approximately 66k, reports HDD.

Aside from the fact that he is still selling consistently (partly due to performance of the multiple hit singles), there is no other major album that it is set to challenge the number this week, giving the rapper a clear lane for the top spot. This is certainly an incredible feat since this would be the album’s 15th week on the chart. We will keep you updated with the projections throughout the week.

Last week, a new video for his hit ‘Mood Swings’ with Lil Tjay was released.