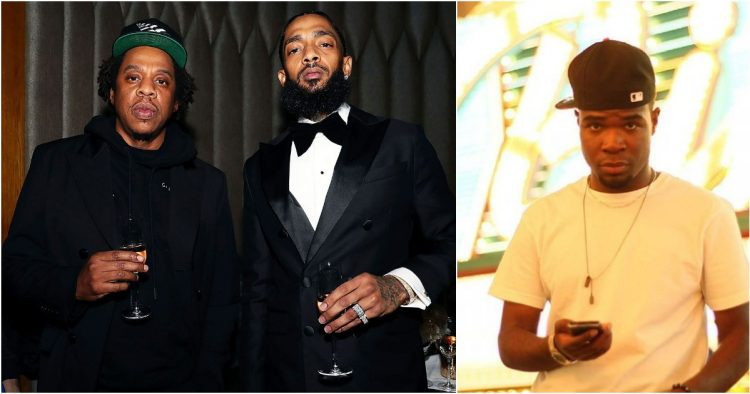 Jay-Z and Nipsey Hussle’s new song ‘What It Feels Like‘ has been the talk of the town ever since its release on Thursday night. It marks the first official collaboration between the two and has Hov spitting a standout verse.

But an interesting story behind the track has now surfaced. The original song, which is produced my Mike & Keys, Mars and 1500 or Nothin, is actually almost 8 years old. The original version from 2013 had the same Nipsey Hussle verse with Mississippi rapper Tito Lopez rapping on the second in place of Jay-Z as heard on the version that was released officially.

The fact about the origins of the record was first shared by Tito’s team member and then co-signed by Tito himself. A few hours later, they also put out the original version on Instagram where you can hear the Nipsey verse over the same instrumental, with Tito following with a solid one. Check it out below.

This happens all the time in the industry when songs get passed around and sometimes end up in the vaults for one reason or another so it isn’t shocking. It’s just interesting to know the backstory sometimes from a fan’s point of view. We think Jay did a great job with the version that was released as part of the Judas and the Black Messiah soundtrack which you can grab in full here.