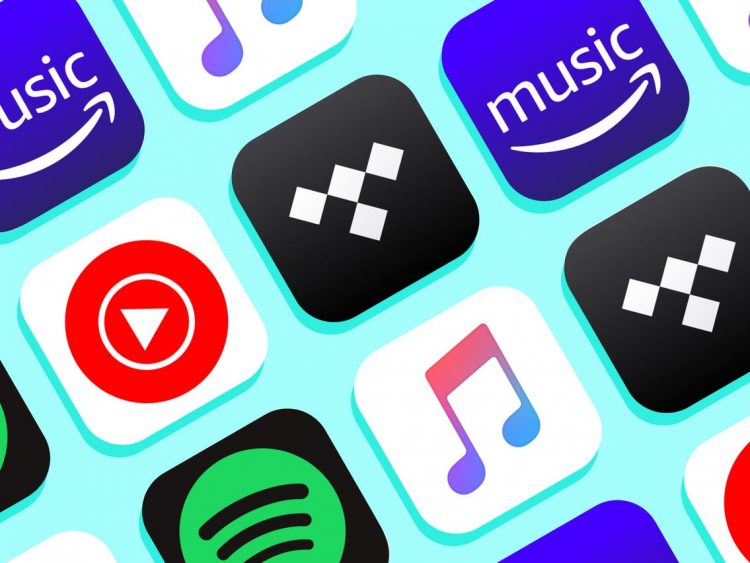 Like they do it each year around this time, RIAA (Recording Industry Association of America) has released their year-end report of the music industry in the U.S. with some interesting stats.

As expected, United States recorded music revenues grew 9.2% in 2020 to $12.2 billion, marking the fifth consecutive year of growth for the industry, as paid subscriptions continue to grow rapidly, thereby leading to increased revenues.

The total revenue from just streaming grew 13.4% and topped $10 billion in total for the first time, the report says. This category includes paid subscription services like Spotify, Apple Music, TIDAL and Amazon Music Unlimited, ad-supported on-demand services such as Vevo, YouTube and the free version of Spotify, and digital and customized digital radio like Pandora, SiriusXM, and other Internet radio services. 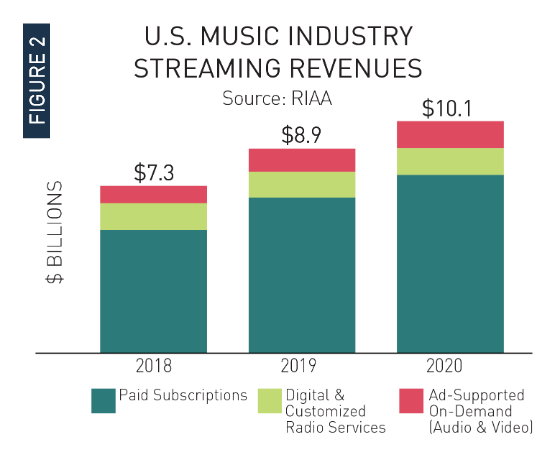 Streaming accounted for 83% of the total revenue generated by the US industry with rest coming from physical sales (9%), digital downloads (6%) and Synch (2%). In 2020, full service paid subscriptions grew 14.6% to $7.0 billion, according to the report. 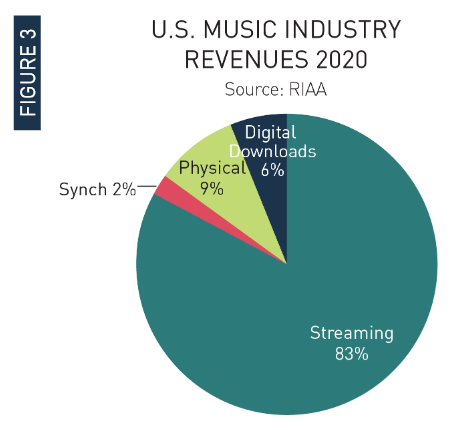 The number of paid subscriptions to on-demand streaming services continued to increase at double-digit rates in 2020. The average number of subscriptions grew by 15 million to 75.5 million in 2020, which is the biggest ever increase in a single year. The report mentions that these figures exclude limited-tier services, and count multi-user plans as a single subscription. 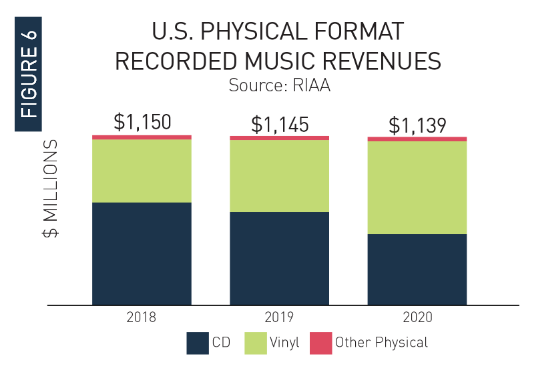 One interesting stat is that for the first time ever since 1986, sales of vinyl surpassed those of CDs. The total revenue for physical sales remained pretty much the same at $1.1 billion (down 0.5%) but vinyl grew 28.7% by value year-over-year to $626 million. On the other hand, revenues from CDs declined 23% to $483 million.

“It’s a time that tested us all — and the depths of our commitment to each other. RIAA and our member companies have always celebrated music’s connective force. But 2020 called us to put those words into action in unprecedented ways,” said Mitch Glazier, Chairman and CEO, RIAA.

“Most Americans couldn’t be more ready to turn the page from 2020 into a new year as vaccines promise recovery, renewal, and hope. For performing artists and musicians, getting back on stage and reconnecting with audiences and fans simply cannot come too soon,” he added.