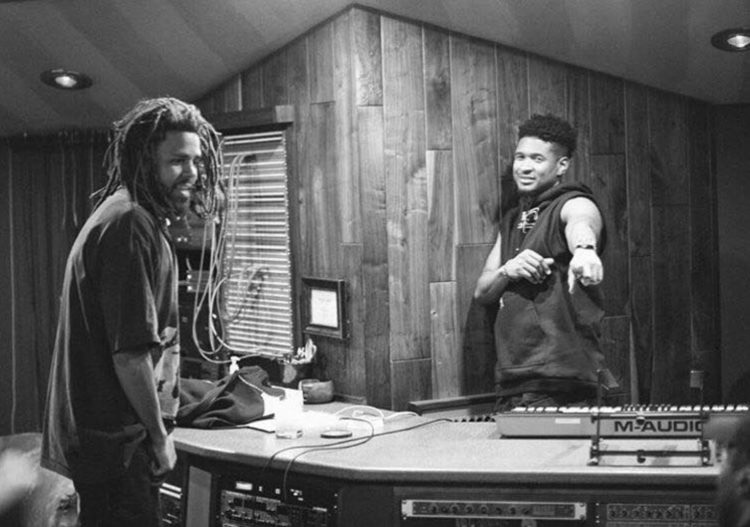 A picture hit the internet of J. Cole and Usher in the studio a couple of years ago now in March of 2019. Though we haven’t heard a full length project from Usher since 2018 when he dropped A with Zaytoven, he did release a bunch of new singles last year and fans were hoping to hear the collaboration at some point.

It never came, but this afternoon, their record has hit the internet. Cole has a pair of short verses and Usher handles hook duty and has his own verse. It sounds like it could be something special, so hopefully it gets an official release at some point.

You can hear it below. There’s no tentative title, but perhaps it’s called ‘You’ or ‘Time Well Spent’.