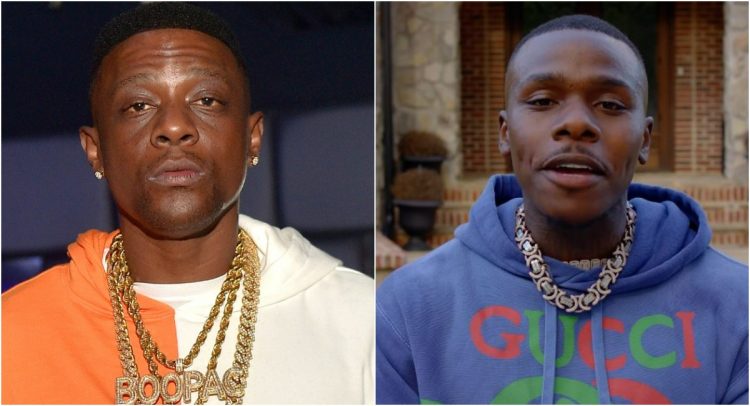 Boosie has joined forces with DaBaby for his new single called ‘Period’.

The veteran rapper is usually in the news for his controversial and hilarious comments on social media and in interviews. But he recently revealed something very positive — he is officially cancer free. “I’M CANCER FREE,” he tweeted on Wednesday, March 17. “#Tearsofjoy. Thanks to everybody [who] said a prayer for me #GODISGREAT.” A few years ago, the Louisiana emcee revealed that he was diagnosed with kidney cancer.

Boosie is not regular with releasing music these days but he returns today with his new song called ‘Period’ which is quite a fitting collaboration with the buzzing DaBaby. Listen to/preview the bouncy track below.

Last year, Boosie had revealed in an interview that DaBaby paid him $15K for a verse he rapped on his 2016 track ‘Baby Jesus’ when DaBaby was just starting in his career. They joke about the situation at the end of ‘Period’.