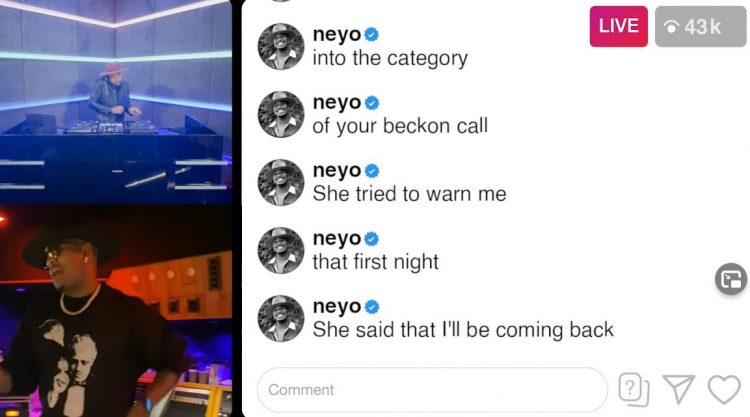 The legendary D-Nice has been around since the eighties but he gained his biggest audience yet when he ran DJ sets on Instagram during the early days of quarantine around the world.

D-Nice recently celebrated the one-year anniversary of his groundbreaking Instagram series “Club Quarantine.” If you remember, his dance party sets helped connect millions of people from around the world and became the place to be during the pandemic, attracting high-profile guests like Oprah Winfrey, Rihanna and Michelle Obama. One time, his set went on for 10 hours straight, setting a precedent for other DJs around the world to innovate during the live stream era.

The New York DJ is now returning back to releasing music as he puts out his new single called ‘No Plans For Love’ featuring assistance from Ne-Yo & Kent Jones. They have a pretty need lyric video for for the summer-ready track as well. Check it out below.