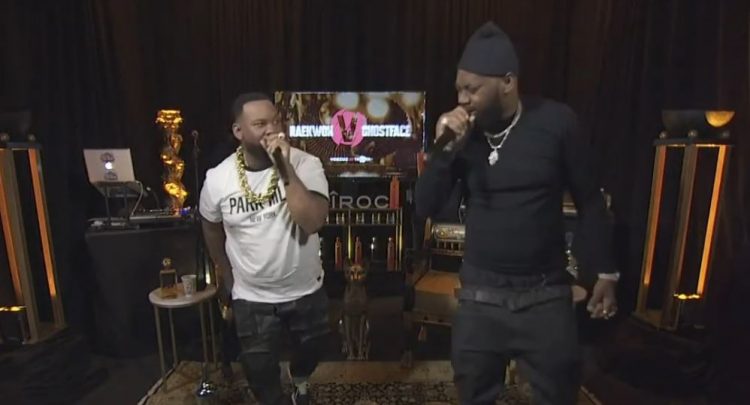 The much awaited VERZUZ battle between Raekwon and Ghostface Killah took place on Saturday night which marked the first after the newly signed venture between the series and Triller Network.

Timbaland and Swizz Beatz announced a deal with Triller Network earlier this month where the company acquired the popular livestream music platform. The Grammy Award-winning, multi platinum producers and entrepreneurs will also join the Triller VERZUZ management team to help oversee music and other company strategies.

The two legendary rappers went through some of their catalogues together from the Wu-Tang Clan Discography as well as their solo hits from last more than two decades. RZA appeared to say hello in between as did Ol’ Dirty Bastard’s son Young Dirty Bastard. Cappadonna appeared to perform his guest verse on Raekwon’s ‘Ice Cream’ while Masta Killa came up for ‘Glaciers of Ice’.

It was definitely a moment when they performed the ultimate Wu-Tang classic ‘C.R.E.A.M.’. In case you missed the live stream, you can watch the full battle below. TIDAL has curated a playlist of all the songs played — peep it here.

Raekwon: “Skew It on the Bar-B” (OutKast)

Raekwon: “The Game of Rock”

Ghostface Killah and Raekwon: “Can It Be All So Simple / Intermission” (Wu-Tang Clan)

Ghostface Killah: “All That I Got Is You”

VERZUZ has also announced a couple of exciting upcoming events including The Isley Brothers vs Earth, Wind & Fire on April 4th, and Redman vs Method Man “How High” 4/20 Special.