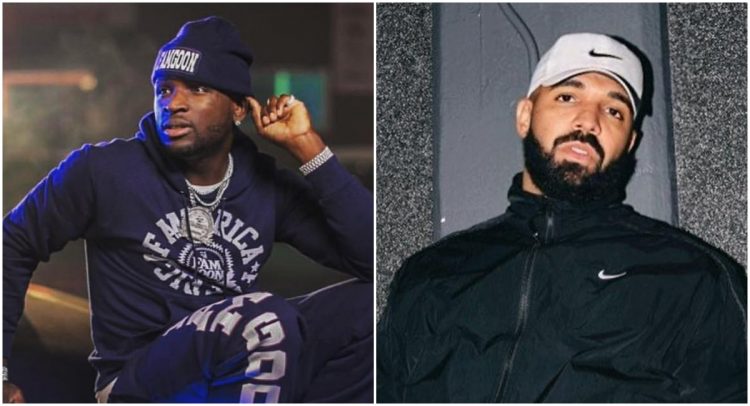 Drake, Meek Mill, T.I. and a bunch of other rappers have written a letter to president Biden demanding rapper Ralo’s release from prison.

Ralo has been in prison for nearly three years in connection to a 2018 drug case, in which he was charged with two federal counts of possession with intent to distribute marijuana. The Atlanta-raised rapper is accused of running a $2 million cross-country operation after 444 pounds of weed were found on a private plane. He is currently incarcerated at the Clayton County Detention Center in Ashland, Ala. and faces up to 8 years in federal prison on conspiracy charges.

“On behalf of Terrell Davis and his family, we strongly urge you to grant clemency for Mr. Davis, who is serving federal time for non-violent marijuana offense,” the letter reads, reported by Forbes. Mission Green, a cannabis clemency activist group has sent it to President Biden to demand the rapper’s release.

“The undersigned— musicians, actors, athletes, filmmakers, current and former elected and appointed government officials, advocates, and business leaders—strongly believe that justice necessitates the exercise of clemency in this case. Our nation’s view of cannabis has evolved, and it is indefensible to incarcerate citizens based on the unduly harsh attitudes of past generations,” the letter continues.

Killer Mike, Lil Yachty, Julio Jones, Deion Sanders, John Wall, and many others have signed the letter as well.

“TODAY MY LEGAL TEAM DELIVERED DOCUMENTS DIRECTLY IN THE HANDS OF PRESIDENT JOE BIDEN AND HIS ADMINISTRATION, BEGGING FOR A PARDON FOR MYSELF. DRAKE NAME WAS #1 ON THAT LIST IN SUPPORT OF MY PARDON, ALONG WITH DOZENS OF OTHER HIGH RANKING PEOPLE WITHIN OUR COUNTRY & THE HIP HOP COMMUNITY . WE THANK HIM AND EVERYONE THATS PUTTING EFFORT INTO THIS CAUSE. @forbes AN OTHERS ARE USING MY CASE AS THE FACE FOR JUSTICE ON MARIJUANNA. WE CALLING FOR PUBLIC AN ALL INFLUENCERS SUPPORT. CLICK LINK IN MY BIO, VISIT FAMERICANEWS.COM OR WELDONAGLOSPROJECT.COM TO ASSIST US IN FREEING MYSELF AN THOUSANDS #PARDONRALO,” wrote Ralo on Instagram.

His latest album Conspiracy Deluxe was released earlier this year.