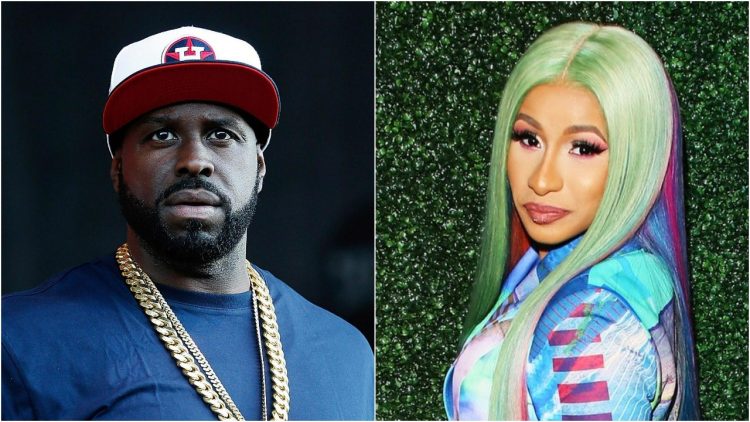 Funkmaster Flex has not been a cardi B fan since the start, it seems.

If you remember, back in April 2018, Flex openly complained about Cardi not writing her own rhymes. Then, later in July that year, the legendary New York DJ called out Cardi for calling herself the “King of New York,” with the following tweet:

Hahaha! A below average rapper that doesn’t write could never be King or Queen of NY! #JustMyOpinion BIGGIE/JAYZ/NAS BUILT THE REQUIREMENTS FOR THAT TITLE!👀🤷🏿‍♂️✌🏾🤡

It looks like he is still maintaining that feeling towards Cardi. In a new interview with Naji on CigarTalk, he called the ‘Up’ hitmaker a “terrible rapper.”

“I do think Cardi B’s a terrible rapper. I just do, man,” he said. “She’s an amazing entertainer. I love her on social media. I love the way she talks about a subject. I like her whole swag. I like everything,.. but she’s a terrible rapper, man.” You can watch the clip below.

The host then asked Flex to expand on his thoughts. “If somebody wrote it, those aren’t good bars. So somebody sold you bad bars,” he added while laughing about it. You can also watch the full interview below.