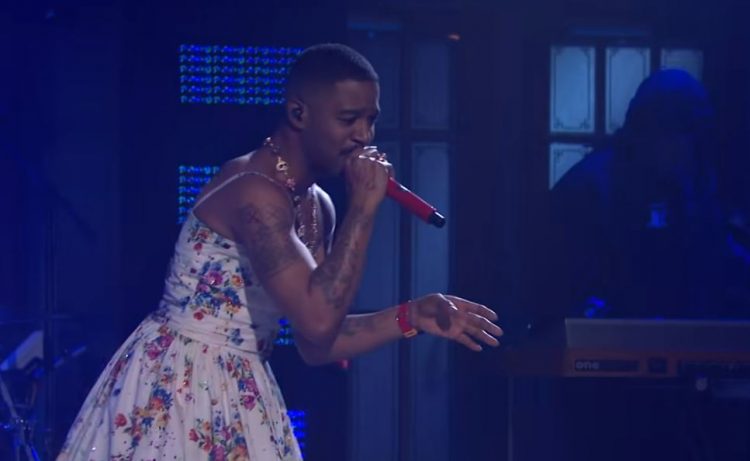 Kid Cudi was the musical guest on last night’s (April 10) episode of Saturday Night Live and he surely made a mark.

The artist first rocked ‘Tequila Shots’ where he wore a cardigan and T-shirt emblazoned with a picture of late “SNL” cast member Chris Farley. He later returned with ‘Sad People’ where he donned a floral dress and certainly had social media talking. Watch his pair of performances below.

Both songs appeared on his latest album Man on The Moon 3: The Chosen.

Some fans on Twitter noticed that Cudder’s clothes choices during the performances had similarities with those worn by the late Kurt Cobain. It was the the music icon’s death anniversary this past week.

Sensing a pattern here with Kid Cudi on #SNL and another KC pic.twitter.com/quFEQOiiFW

Kid Cudi pulling the ultimate Kurt Cobain tribute on #SNL on the week of this death. @KidCudi all about love and suicide prevention and awareness!!! pic.twitter.com/m4DOUC5eFF