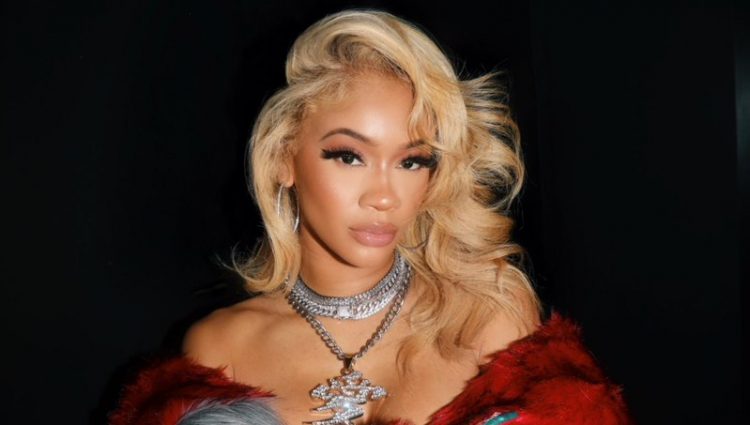 Saweetie keeps on winning! Despite recent headlines about her personal life, the ‘Icy Girl’ is keeping busy with new music. The rapper hopped on the remix to Gwen Stefani’s ‘Slow Clap’ and while we wait for her new album to drop, Saweetie released her Pretty Summer Playlist, featuring 7 tracks with a few up-and-coming artists.

While Saweetie continues to dominate, she recently graced the cover of Cosmopolitan magazine and sat down with them to talk about her career – and how a lot of people doubted her. “I wish me, or someone, would have thought, You know what? That’s not right,” she told the magazine.

The rapper has so much going on right now, including her performance at the Triller Fight Club event next week in Atlanta. The lineup will also include singers Justin Bieber, The Black Keys, Doja Cat and many more.

Check out Saweetie’s Pretty Summer Playlist below which features the lead single ‘Risky’ with Drakeo The Ruler. She has also released a music video for the song — watch it below.