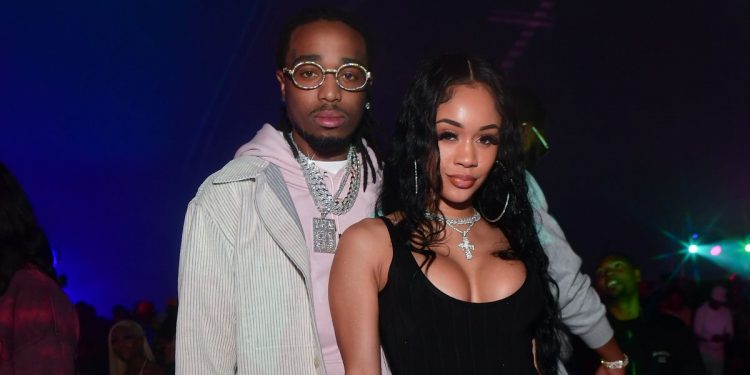 Saweetie has released a statement over the video that surfaced a couple of days ago which showed her and ex boyfriend Quavo fighting in an elevator.

“This unfortunate incident happened a year ago, while we have reconciled since then and moved past this particular disagreement, there were simply too many other hurdles to overcome in our relationship and we have both since moved on,” Saweetie’s spokesperson said. “I kindly ask that everyone respect my privacy during this time.”

LAPD is investigating the incident, TMZ reported last night. The situation could reportedly be considered an instance of domestic violence, where both parties are in the wrong. There has been a lot of talk on social media over the leaked video, as expected.

Saweetie had confirmed the couple’s breakup less than two weeks ago.  The leaked surveillance footage was from an apartment complex in North Hollywood where the two were seen in an altercation over an orange Call of Duty case.

“We had an unfortunate situation almost a year ago that we both learned and moved on from. I haven’t physically abused Saweetie and have real gratitude for what we did share overall.”