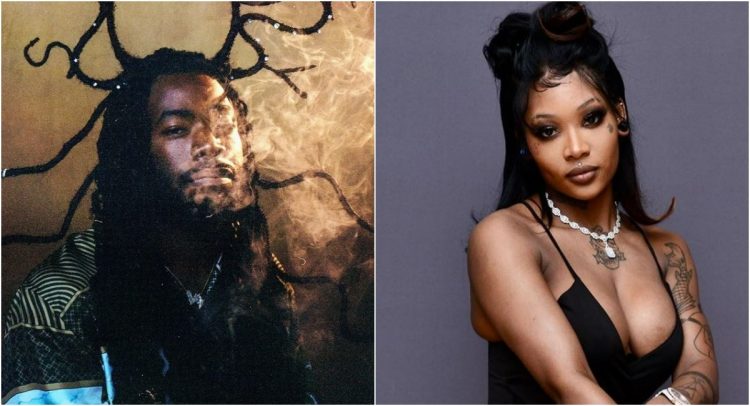 DRAM has decided to re-brand himself as Shelley and using “Shelley FKA DRAM” as his official artist name until the transition is complete.

To kick things off officially, he has enlisted his LVRN label mate Summer Walker for his new single ‘All Pride Aside’. This is set to appear on the Virgina-born rapper and singer’s forthcoming album, Shelley FKA DRAM, which will also feature the previously released ‘Exposure‘.

“Us coming together, that was inevitable. It was bound to happen. We just had, it just hadn’t been the right time, like that’s family, LVRN gang for real, for real. So it was just like, the fact that it was this record made it even more important because it’s like the intro to the rest of… You know what I’m saying?” DRAM told Zane Lowe on Apple Music while premiering the song.

DRAM explained the name change in a press release:

“After the release of my debut album Big Baby DRAM, I’ve worked on so many things, but most importantly I was working on me. Ever since I was introduced to the world with “Cha Cha,” my career has taken me on a journey enabling me to meet people like Rubin, Snoop, Queen Bey, and Queen Erykah Badu. I got to travel the globe, tour with Kendrick, and I did Coachella. On top of all of that, simultaneously wrapped up in the fast life. I was moving with no breaks, because that’s how life was coming to me, so I took some time to focus on my health, voice, and growth; focus on me. Now it’s time for everyone to meet me: Shelley.”

Listen to the smooth duet ‘All Pride Aside’ from Shelley FKA DRAM and Summer Walker below.