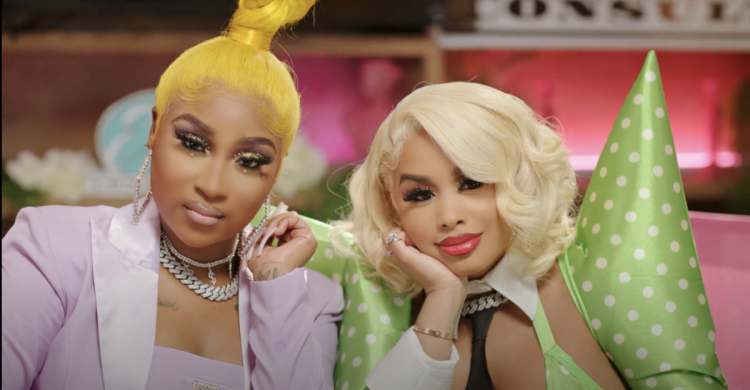 Dallas rapper Erica Banks enlists DreamDoll and fellow Texan BeatKing for the remix of her single ‘Toot That’, and releases a stylish music video to go along with the girl-empowering song.

In the visual, the two female rappers are portrayed as business owners running a consulting firm, and teaching their clients how to be successful. Erica and DreamDoll unite to empower women, making sure they are not overlooked or ignored.

The single is just a step forward in Banks’ journey as a rising rapper. Last summer, her breakout hit ‘Buss It’ became a TikTok challenge, with the song going viral and ending up on the Billboard Hot 100. She then also dropped a remix of the song, featuring Travis Scott.

Check out the remix of ‘Toot That’ below.