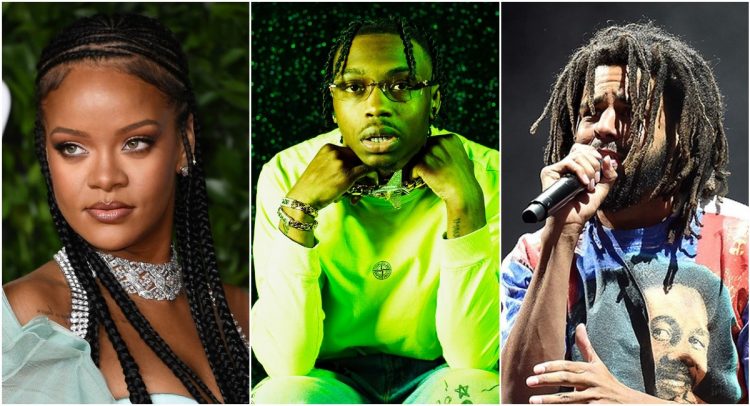 If you are a producer and you a have to make a choice between working with Rihanna and J Cole, what would you do?

This is a sort of hypothetical question that an interviewer will ask their guest but producer Jetsonmade actually had to go through a tricky situation like that recently. In a new interview, the Atlanta based producer behind hits like DaBaby’s ‘Suge’ & ‘Bop’, Jack Harlow’s ‘What’s Poppin’ and more, reveals that he had to make a choice between working with Rihanna and J. Cole because of conflicting schedules.

100% true story lol one of the toughest decisions we had to make. But shoutout to @KingOfQueenz and @JColeNC, go stream Lion King On Ice rn! pic.twitter.com/t7PblSjF8C

Jetson made the hard decision of choosing to work with Cole in the case but has no regrets and had a valid reason for it. “Shout out Rihanna though, I hope we can get in,” he says, adding that he took that call because J. Cole reached out personally to him. “It was more personal, Cole reached out to me personally.. I’m at this man’s house.”

The result of J. Cole and Jetsonmade collaborating was the song ‘Lion King on Ice‘ from last July.