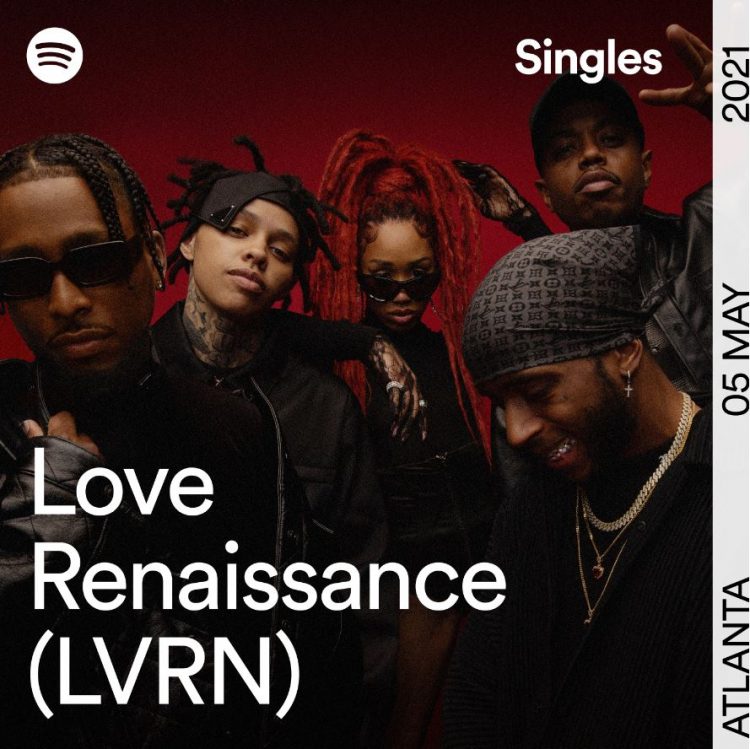 Following the release of their inaugural Spotify Singles x RapCaviar collaboration (‘Keep Hope‘ by Mozzy ft. Blxst) back in December, Spotify is back today with their second RapCaviar x Spotify Singles release.

This time, they join forces with Atlanta-based label and creative community, Love Renaissance (LVRN) and their roster of artists including 6LACK, Westside Boogie, OMB Bloodbath, BRS Kash, and NoonieVsEverybody. They have come together to perform an original freestyle cypher and a new original song called ‘Just Say That’.

The impressive cypher, produced by Kitty Ca$h, also comes along with an official video treatment shot in Atlanta. Watch it below.

On the collaboration process, LVRN co-founder and Head of A&R Justice Baiden said, “LVRN’s collaboration with RapCaviar happened very organically and highlights the versatile talent on our roster. The seamless blend and dynamic when you hear our artists together is unlike any other. I feel like that comradery is missing in hip-hop today and we have some of the best rappers to showcase that.”

Westside Boogie (Shady Records) added: “It was fun doing the cypher because I am competitive, and I wanted to body every rapper on LVRN even though I love them,” while OMB Bloodbath recounts, “I like rapping with LVRN altogether, I loved the bank outfits, and the direction on set, plus the steak and potatoes on set was fire. If the song a hit, they need to just say that.”