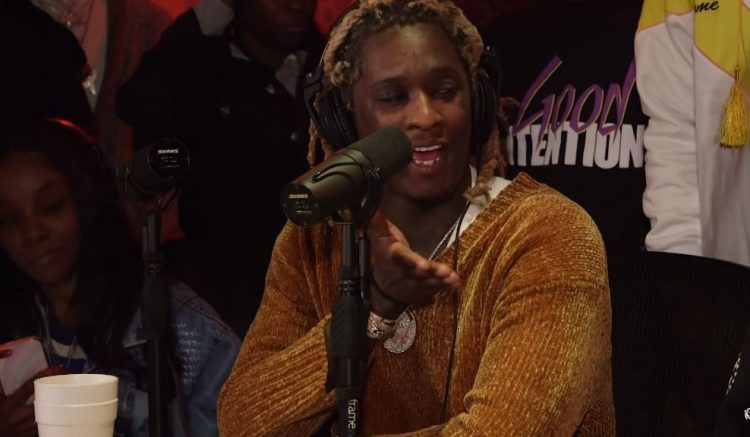 Young Thug and his YSL family are the latest guests on the Million Dollaz Worth of Game podcast with Gillie Da King and Wallo where he clarified his past comments about JAY-Z.

“Basically that’s all I was saying, I just used his name because he the biggest n***a in the world to me,” Thug said about his controversial comments around the 13 minute mark. “I just used his name, to let the world know, like… Yo, I got just as many hits as the biggest n***a in the world. I’m doing two hours on stage, for real. I don’t remember my last hour show and I don’t do too much talking.”

Soon after, Thugger was asked to name his top 5 rappers and he had an interesting list for sure. He named YSL, Lil Baby, Lil Uzi Vert, Drake as the first four with Future and 21 Savage at the 5th spot. He later changed his mind to picking Kanye as the fifth choice.

He added that he has to take everything into consideration while naming his list and if it was just about lyrics, he would have mentioned Kendrick Lamar and J. Cole. Watch the full chat below.