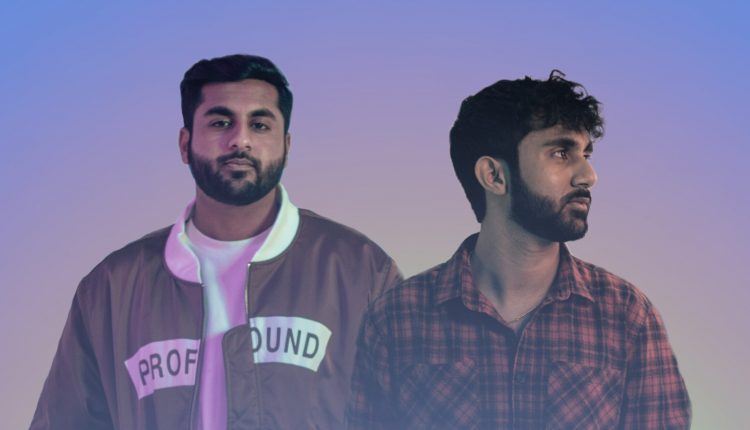 While running to become Harvard’s next student body president in November 2019, James A. Mathew created a campaign music video with his running mate and several talented friends which went viral, garnering over five million views on social media and several celebrity endorsements. It also managed to catch the eye of Converse’s then CMO, Jesse Stollak who invited James to be a fellow of the brand, helping to build the program that is now called Converse All Stars – an ecosystem of mentorship, commission, and funding for young creatives pursuing progress across the areas of inclusivity, sustainability, and youth development.

As the relationship grew, James was then invited to create one of the first All Star projects of this program, Outer Voice Records. The label “is building an entertainment institution that will serve as a platform for underrepresented American artists of Indian, Pakistani, Bangladeshi, Sri Lankan, Nepali, Afghan, Maldivian, and Bhutanese descent.”

The duo of Indian origin have launched the label with their excellent first Hip-Hop/R&B single ‘Photographs’ assisted by rapper Miskreet. You can watch the music video below.

“Outer Voice Records is more than just a record label – we call it an #allbrownproduction. It is a platform for South Asian Americans to tell their stories,” says Philly. “Our community does not lack talent; it has lacked a platform. We strongly believe that our network and resources will allow us to do something unprecedented”, says James. “We hope you’ll join us in changing the narrative.”

Outer Voice Records is accepting applications from young South Asian artists and creatives across the country. If you are a South Asian American singer, rapper, songwriter, producer, engineer, filmmaker, photographer, graphic designer or the like, you can get in touch with them here.