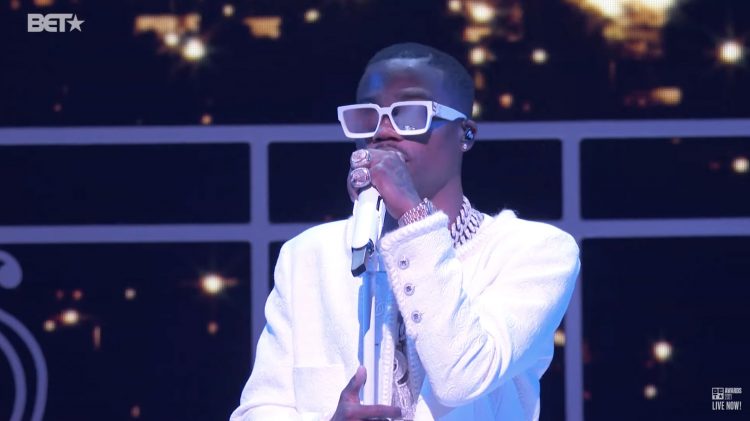 At the top of the month, Roddy Ricch teamed up with producer Mustard for the release of his new single ‘Late At Night‘. It hasn’t taken off like some of his other music, but it definitely shows growth for him. It seems like it’ll appear on his next project which might be a mixtape and potentially Feed Tha Streets 3.

Tonight, Roddy performed the single at the 2021 BET Awards, which is still going on live from Las Vegas. The performance is flashy, but also toned down, just like the song. Watch below.