Swizz Beatz Addresses Calling out Justin Timberlake During VERZUZ: “I don’t got no problem with JT” 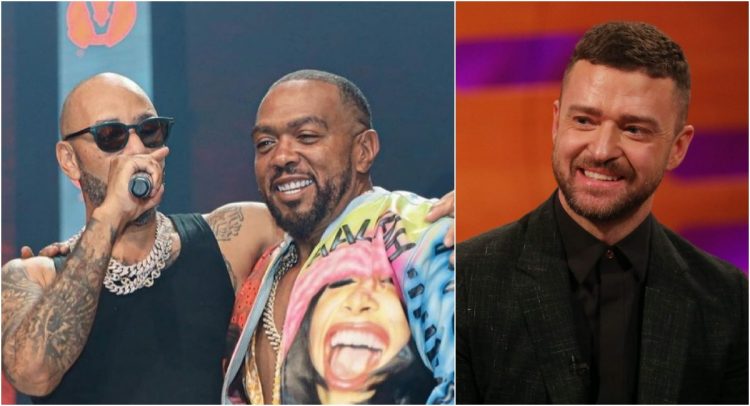 There has been a long demand for Justin Timberlake to do a VERZUZ with a suitable opponent but it has not happened so far.

It looks like the fact that Justin hasn’t agreed to a VERZUZ got to Swizz Beatz. During his rematch with Timbaland over the weekend at LIV Miami in front of a live audience, he called out Justin for not taking part in the series.

Some fans were of course surprised to hear Swizz going directly at JT like that. During a recap of the show on Instagram Live, Swizz addressed him calling out JT to Timbo after the latter said he “went too hard” on the Pop icon during the event.

“Look, man, I had to go hard. Did you hear how them songs were sounding on that stage? You and JT, it was like JT was in the building. I was like, man!” Swizz went to add that he “was just having fun” and that he “don’t got no problem with JT.” He then invited JT for a VERZUZ appearance: “Shout out to JT, we can’t wait to get you onstage having fun, ’cause you deserve it too.”

During the battle with Timbo, Swizz also debuted a new version of DMX’s song ‘Bath Salts’ featuring a verse from J. Cole.