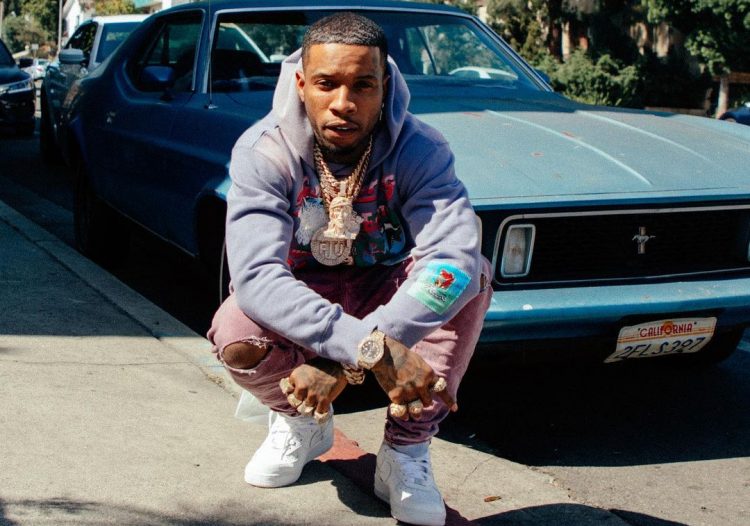 Rapper Tory Lanez took to social media today and shared a shocking video of a horrible car wreck he was in. Thankfully, he’s okay, however the near fatal car crash could’ve been worse.

The Toronto artist then posted a suspicious tweet, just minutes later, hinting that he feels someone did it to him intentionally.

It almost felt like someone knew to crash into us .🤔🤔🤔

This isn’t the first time Lanez has come close to a near death experience. Back in 2018, on his way to Summer Jam, Tory’s plane nearly crashed five times on his way to the event. “Plane almost crashed five times like five f**kin’ times, my n*gga. Sh*t was going nose diving down,” he said at the time. “This sh*t dropped 26,000 feet in a minute and a half. Really take that in.”