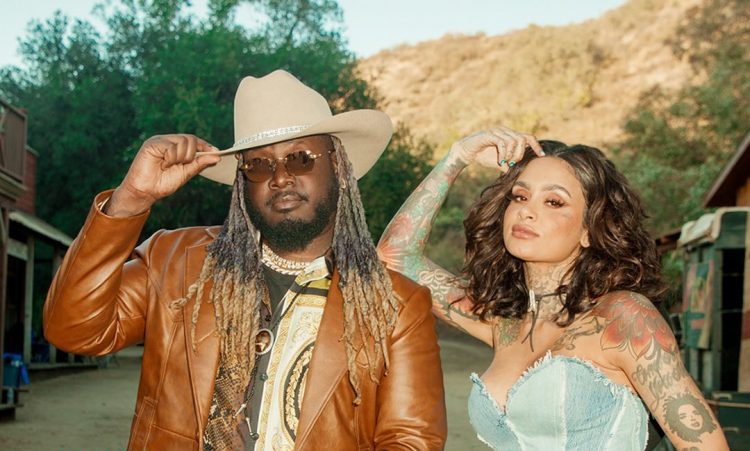 T-Pain and Kehlani are in the Wild Wild West!

The former released the music video for ‘I Like Dat’, his collaboration with R&B singer Kehlani. The song dropped back in May and was well received by fans. The two performed the single on Jimmy Kimmel Live just a few weeks ago.

The Western-themed visual shows both artists in a saloon, as Pain tries to finesse his way into selling his signature “Drank” to locals. In which Kehlani responds by singing  “she don’t want a drank, she want the rent paid,” perhaps paying tribute to T-Pain’s ‘Buy U A Drank.’

T-Pain recently opened up about his four-year depression, following Usher’s comments about the singer’s Auto-Tune, and how he ruined music. “Usher was my friend,” T-Pain said in a video. “I really respect Usher. And he was like, ‘Man. I’m gonna tell you something, man. You kinda f**ked up music.'” Although the negative comment did trigger him, Pain says there are no hard feelings toward Usher.

Watch the music video for ‘I Like Dat’ below.